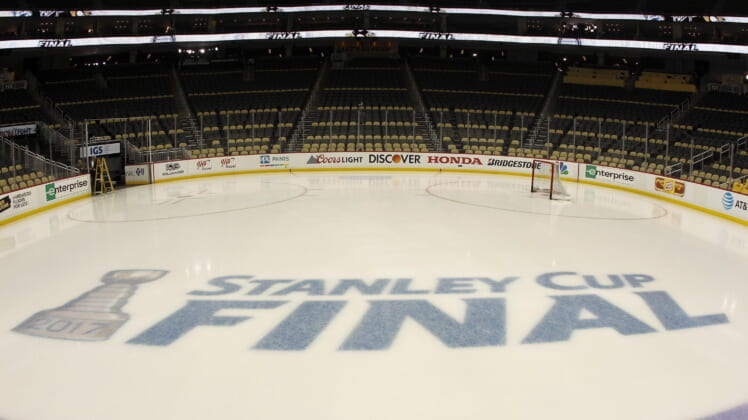 The Nashville Predators might have to deal with something other than a big-time battle for the Stanley Cup after marketing manager Sandy Weaver hit the send button from her Twitter account too hastily after Thursday night’s shutout loss.

The Predators were absolutely abused by the Pittsburgh Penguins Thursday night in Game 5. In the process, P.K. Subban was smashed by Sidney Crosby, sparking outrage from Preds fans who thought Crosby went over the line.

That was something else. #Crosby #Subban pic.twitter.com/pevSFFYE5N

One such fan was Weaver, who tweeted out a message that seems to be saying, “Blood must have blood.”

The @PredsNHL might need to have a talk with @SandyDWeaver about what she's allowed to post on social media. pic.twitter.com/rNa9BugQdX

According to her account, which is currently locked, Weaver is the “Nashville Predators Marketing Manager & @PredsNHL controller.” As such, she has to be held to a higher standard than that of the average fan.

Not only is she an employee of the Predators, but she’s responsible for the marketing message the team sends out to the public. She just cannot send out a message calling for a hit, so to speak.

Hopefully #Smashville doesn’t focus too much on retribution in Game 6. The Predators have to win this next one, or they’re done. It’s going to be interesting to see if Crosby ends up getting targeted in this upcoming game, and if the Predators have enough firepower to stave off elimination.