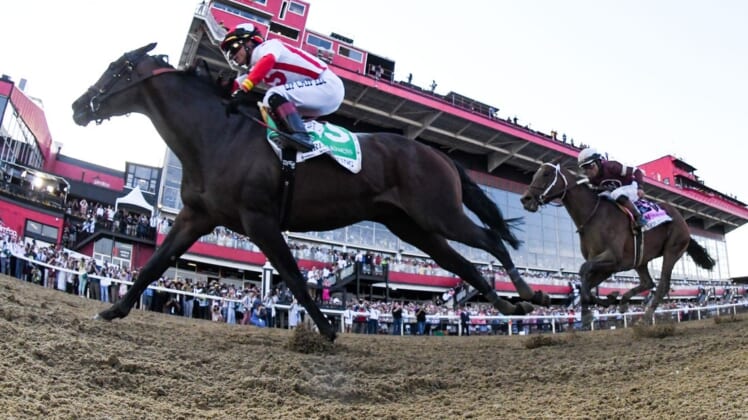 Brown said Early Voting will skip the final leg of the Triple Crown on June 11 at Belmont Park in Elmont, N.Y.

Instead, Early Voting will gear up for the Travers Stakes on Aug. 27 at Saratoga Race Course in Saratoga Springs, N.Y.

Brown said the 3-year-old colt will run a prep race at either the Haskell Stakes on July 23 at Monmouth Park in Oceanport, N.J., or the Jim Dandy Stakes on July 30 at Saratoga.

“We’ll evaluate later on and pick a race,” Brown said Sunday morning, per the Daily Racing Form. “We want to set him up for what lies ahead.”

Making only his fourth career start, Early Voting outlasted favorite Epicenter by 1 1/4 lengths on Saturday to win the Preakness.

“We’ll give him a little break,” Asmussen said. “We’re constantly evaluating the situation, but the plan is for him to go to Saratoga, and from here I’d suggest the Jim Dandy and the Travers.”

Kentucky Derby winner Rich Strike skipped the Preakness but is expected to be a favorite at the Belmont.