There were eight head coaching vacancies around the NFL last offseason. Based off what we have seen thus far this year, there is no reason to believe that number won’t be matched when the 2014 season comes to a conclusion.

It stands to reason that most openings are due to the lackluster product a specific team fielded the previous season. Again, this isn’t likely going to change much this upcoming offseason. With that said, there could be a wild card or two thrown into the mix, especially the San Francisco 49ers.

Today’s article is going to focus on eight teams that could potentially have openings within the next couple months. We utilize a combination of different factors including, previous success and young talent (30 and under), to power rank these potential openings. Other factors taken into account are the stadiums these teams play in, the city in which they exist and media markets.

Note: stadium costs are based on 2014 dollars, not when they were built. 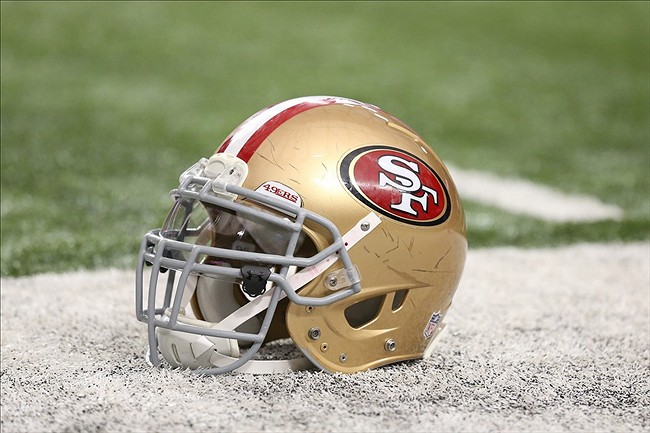 If Jim Harbaugh were to move on from the 49ers this upcoming offseason, there wouldn’t be any shortage of big-name candidates that would show interest in coaching this team. The previous success is right there, as is a brand-new state-of-the-art stadium. Equally as important, the 49ers have a ton of young talent and control the Northern California media market.

The interesting thing here is that San Francisco was likely at the bottom of similar lists when Harbaugh took over for the 49ers back in 2011. With an influx of young talent combining with veteran leadership to make things work, Harbaugh’s success in San Francisco has been somewhat shocking. After all, this team has won more games (41) in the past three-plus seasons as it won in the seven seasons before he took over. That might be reason enough for the 49ers to think twice about parting ways. But as you already know, the NFL is a business.

A potential new coach would be taking over a team with a franchise quarterback, young running back, dynamic young offensive line and a bunch of building blocks of defense. He would be doing so in a stadium that’s set to host the Super Bowl and in a market that is full of opportunities as the coach of the 49ers. Compared to the rest of the jobs here, it would be a pretty cushy gig. 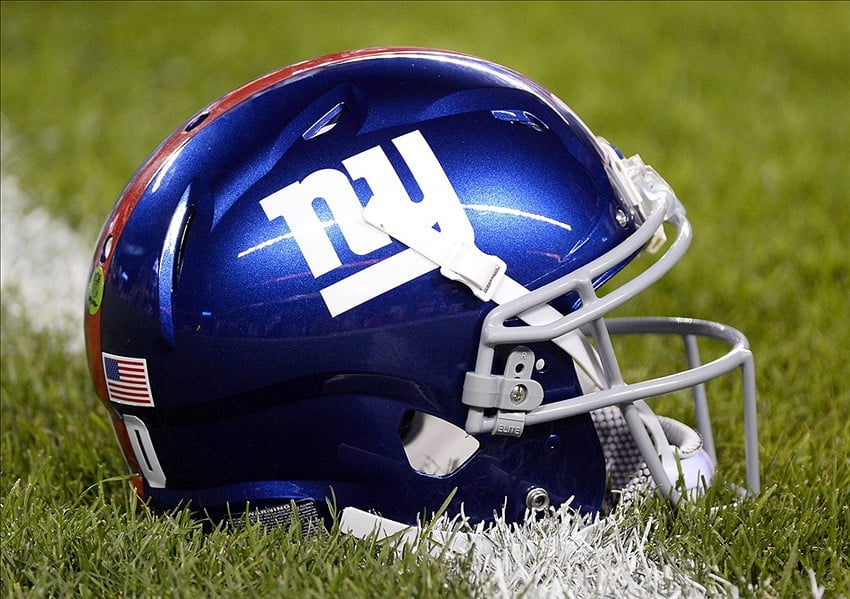 The United States largest media market. That’s one of the first things potential coaching candidates might look at. It also doesn’t hurt that the Giants have won two Super Bowls in the past eight seasons. Outside of past success, the allure of New York City nearby and somewhat new stadium, there are a ton of potential pitfalls with taking the Giants job.

General manager Jerry Reese has struggled finding young talent to replace veterans that have either departed or are in the process of regressing. In reality, the Giants simply don’t have a young core that’s ready to contend in the future. Eli Manning has won two Super Bowls, but he’s nowhere near the quarterback he was just a few years ago and will be 34 at the start of next season. The defense lacks young talent and the offensive line is in the midst of a massive rebuild.

The good news here is that New York is an attractive destination for both NFL draft prospects and potential free agents. That makes it somewhat easy to rebuild a gutted roster. Should Tom Coughlin’s tenure come to an end following this season, coaching candidates will be kicking down the door at MetLife. 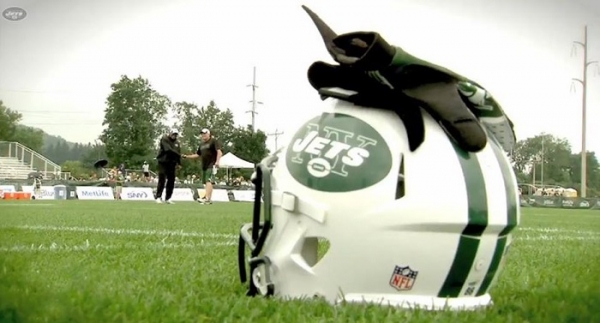 It’s all about location, baby! Much like the Giants, the other football team in New Jersey offers up a media market that would attract a ton of high-profile head coaching candidates. But much like the Giants, said candidate would have to have the personality to put up with the New York media. Rex Ryan has done an amazing job of that, but so many before him failed at epic levels.

In terms of young talent, it all seems to be centered on the defensive side of the ball. Muhammad Wilkerson and Sheldon Richardson could potentially make up the best defensive line tandem in the NFL today. And considering neither has hit his prime, that’s a scary proposition for opposing AFC East defenses. Demario Davis is an extremely underrated linebacker with Pro Bowl potential as well.

The right candidate to potentially replace Ryan would likely have to be offense-centric. New York has the pieces in place on defense (outside of cornerback), so a strong coordinator on that side of the ball would suffice. In any event, the Jets are a surprisingly attractive destination. 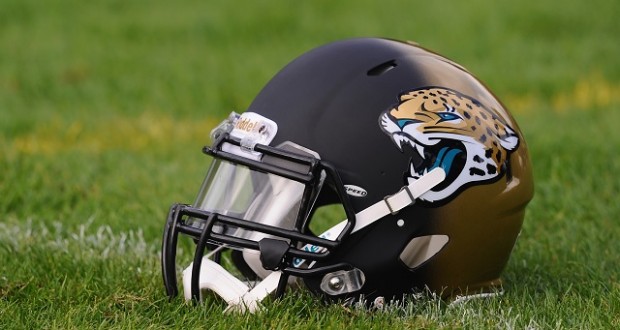 Jacksonville ahead of Atlanta and Chicago? I have completely lost my marbles, huh? The two primary reasons I have the Jaguars ranked higher than most people would is the simple fact that they have a ton of young talent on the offensive side of the ball and winter in Florida sounds much better than winter in Chicago. Don’t think that doesn’t play a role.

In terms of the young talent, Blake Bortles is the franchise quarterback. While he has struggled as a rookie, there is little doubt that Bortles is going to transform into a top-tier starter in the NFL. Imagine the pull that comes with having this talented young signal caller locked up. At wide receiver, Jacksonville boasts two starter-caliber youngsters in the form of Allen Robinson and Marqise Lee. Heck, Jacksonville even has a solid core of young players along the offensive line.

Where the Jaguars are lacking, which is an indictment on current head coach Gus Bradley, is on the defensive side of the ball. None of their youngsters outside of Telvin Smith have really amounted too much thus far. In order for the Jaguars to pull out of the cellar, they need to find someone (anyone) that can help build a strong defense. Then again, the idea of having an offensive-minded head coach lead this talented offense is pretty sexy. 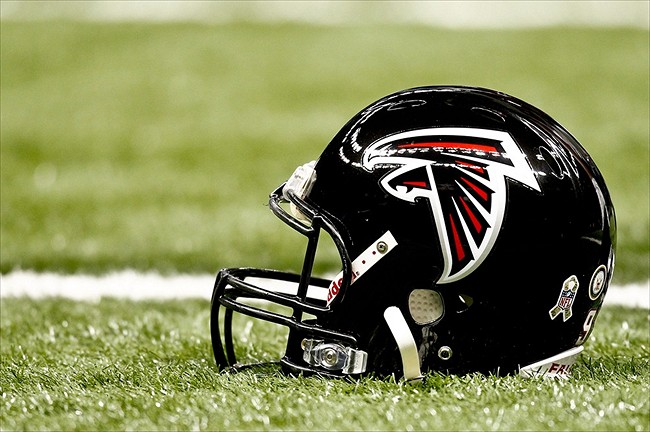 Let’s forget about Atlanta’s success prior to last season. This is simply not the same team that it was a couple years ago. Injuries coupled with the regression of some key veterans has forced the Falcons into the unenviable position of still wanting to contend while not having the pieces in place to actually contend.

Matt Ryan will be the guy under center for the foreseeable future, while he has a great running partner in Julio Jones and a solid young left tackle prospect in Jake Matthews. Outside of that, Atlanta’s offense doesn’t have a whole heck of a lot. It needs an eventual No. 2 for when Roddy White starts to regress, has no viable long-term running back and has a ton of holes along the offensive line.

Defensively, things seem to be a bit brighter for the future. Desmond Trufant and Robert Alford will make a great cornerback tandem for years. And as we have seen in Seattle, that can help out a defense more than anything outside of an elite pass rush. Speaking of a pass rush, the Falcons seem to be working under the theory that they don’t really need one. That’s precisely where this unit needs to improve moving forward.

Overall, the city of Atlanta might not be the most attractive of destinations. But the idea of taking over a team that is a couple years away from opening a new stadium may sound enticing to a young head coaching candidate.

If we were to look at future power rankings. That is to say how teams might look five years from now. Well, it’s rather obvious that Chicago’s current cast of youngsters would be among the worst in the entire NFL. There really isn’t much to see here. Matt Forte is on the right side of 30, but he’s also touched the ball exactly 2,100 times in his career. Brandon Marshall is still an elite talent, but who knows what’s going to happen with him moving forward. The only real saving grace here is Alshon Jeffery, who is among the best young receivers in the game.

On the defensive side of the ball, it’s a complete joke. Young linebackers Jonathan Bostic and Khaseem Greene just haven’t panned out. In reality, rookie Kyle Fuller is the only young defensive player on Chicago’s roster that projects to be a Pro Bowler moving forward. That’s a major issue in and of itself.

While the city of Chicago is absolutely amazing and Soldier Field is one of the historical stadiums in the world, the Bears job simply isn’t that attractive right now. That’s the sad fact. 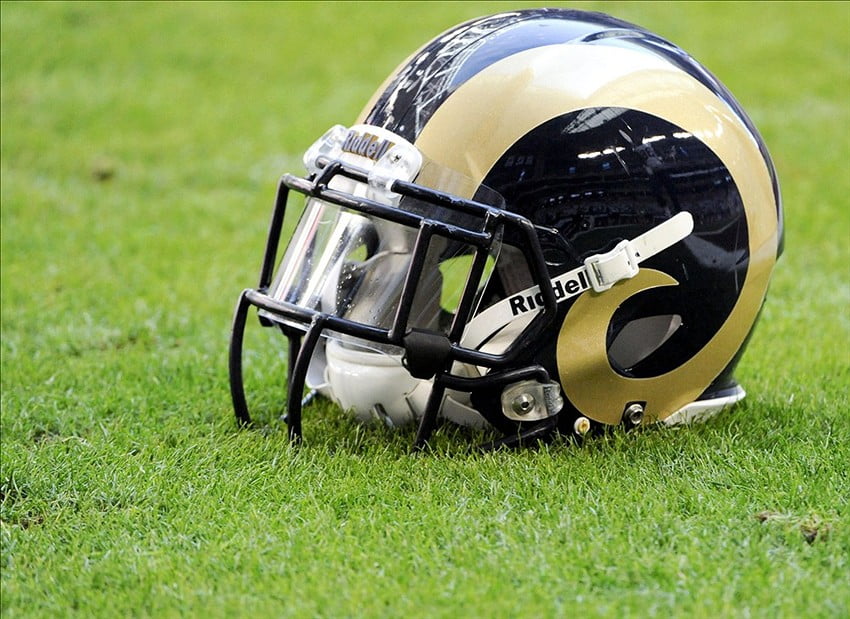 An abundance of young talent doesn’t make up for the fact that the Rams are a team without a stadium and could potentially be on the move next season. That type of uncertainty really doesn’t sit well with potential head coaching candidates. Then you have the whole playing in the NFC West thing. St. Louis really is the mistreated stepsister in this scenario. Now take into account the fact that Seattle, San Francisco and Arizona are all going to be good moving forward, and that makes St. Louis an even less-attractive destination.

The one saving grace here is that the Rams do possess a bunch of young talent. If they get a franchise quarterback, this team could very well find itself among the big boys in the division.

I wanted to put Oakland higher on this list based on the heralded history of the franchise. But in reality, that history is far gone at this point. The Raiders are what I would call an example of a clueless franchise without any real hope of righting the ship moving forward. Mark Davis is a real-life representation of Tommy Boy and has absolutely no idea what he’s doing atop the organization. The team plays in a run-down stadium, may be leaving Oakland in 2015 and hasn’t finished above .500 since 2002. It’s also potentially on the verge of a winless 2014 campaign.

If that wasn’t enough, candidates are not going to be too pleased with the idea that the Raiders have had eight head coaches since that 2002 season. Job security in Oakland is like ethics in politics…nonexistent.

There are a couple factors that might make the Raiders job intriguing. Those factors are Derek Carr and Khalil Mack, two of the best young players at their positions. The ability to come into a job with cornerstones at quarterback and linebacker could be attractive. Then you have one other major element in play here. If the Raiders were to move to Los Angeles and secure a new stadium, this job quickly becomes the second-best opening of the possibilities listed above. A new stadium, the allure of Southern California, a young quarterback and countless endorsement opportunities. That’s Lane Kiffin’s dream come true…