There is talk around the baseball world that the Philadelphia Phillies are likely going to blow it up between now and the trade deadline at the end of July. The team might be only five games out of first place in the pedestrian NL East, but at six games under .500, there is little hope that Philadelphia will be able to contend down the stretch.

This means that general manager Ruben Amaro Jr. is likely going to put a whole host of veterans on the trade block. While one report suggests he’s not likely going to acquire the quality prospects he seeks in return, there is very little reason for the Phillies to hold on to a few of these players.

On that note, it’s time to put our general manager hat on and check in on where some of these veterans might land. This is based off conjecture and assumes these players will be traded, which isn’t a certainty at this point. 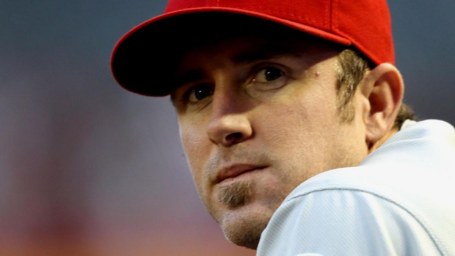 It’s really hard to imagine the Phillies getting rid of Utley, who played an important role in their previous successs, but at some point you need to look to the future. Utley is having a bounce-back season with a .302 average, five homers, 33 RBI’s and 24 doubles. The 35-year-old second baseman is set to make $10 million in 2014 and has $15 million options for the following three seasons. Based on his previous production and how he has played thus far this year, that’s not exactly a bad contract for a contending team to take on.

One logical fit is the Oakland Athletics, who are said to be looking for an offensive upgrade at second base. They currently have Nick Punto Alberto Callaspo and Eric Sogard splitting duties there. In addition to this, Oakland boasts the best record in baseball and is squarely in buying mode right now. With some money to spend and a need at second, this is a deal that could very well get done. Prediction: Oakland Athletics 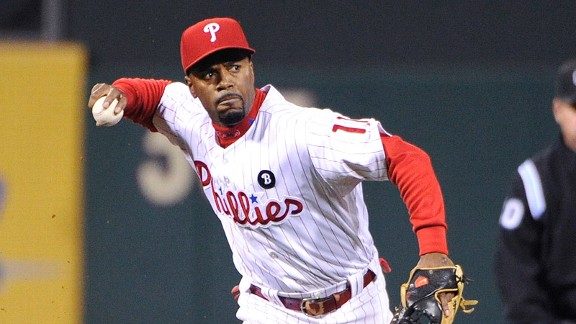 Rollins has indicated that he would waive his no-trade clause if the right offer came up. The 35-year-old shortstop is also having a rebound campaign. He might only be hitting .247, but the all-time Phillies hit leader is playing a quality defensive shortstop right now and is getting on base a ton. He has 36 walks through 66 games. That’s what you want from someone at the top of the order.

ESPN’s Jayson Stark did indicate that Rollins might be hard to trade.

Teams are convinced he’ll want his $11 million vesting option guaranteed for next year (though he’ll probably vest it anyway). And he’ll be picky about where he’d be willing to go.

What would be the best situation for the former All-Star? He’s from California and has played on the east coast his entire life. While two of the top contenders, San Francisco and Oakland, seem to be set at shortstop, there is another team that might come calling. The Seattle Mariners are firmly in the American League Playoff race and need to upgrade offensively at shortstop. Youngster Brad Miller is hitting .187 on the season, while none of their back-up options at that position have done much at the plate. This seems like a logical fit. Prediction: Seattle Mariners

Lee’s contract makes him nearly untradable unless the Phillies pick up a vast majority of what is owed to him. The 35-year-old former Cy Young winner is owed $25 million in 2015 and $27.5 million in 2016. Any team that acquires Lee could buy out his 2016 deal at $12.5 million. That’s not necessarily the type of money you give to an aging veteran, but Lee has proven himself to be among the most consistently good starters in the game. He’s 4-4 with a 3.18 ERA this season and is coming off an All-Star campaign that saw him finish sixth in the NL Cy Young voting.

If Philadelphia does indeed agree to pick up a nice amount of Lee’s contract, he would become a valuable commodity, as contending teams are going to go all out in search of starting pitching between now and the deadline. The Los Angeles Dodgers, New York Yankees and Milwaukee Brewers could also show some interest. If you base this off need, ability to give up prospects and financial freedom, the Dodgers and Yankees become real options. At this point, I would go with a Yankee team that is in need of a jolt of energy in the rotation. Prediction: New York Yankees 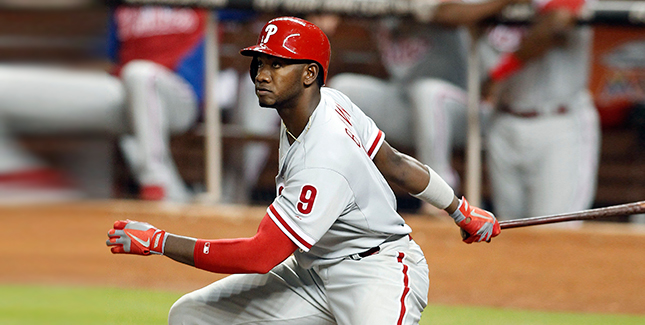 There are some out there who believe Brown could be moved in an attempt to get another young player in return and provide him with a change of scenery. After earning an All-Star appearance last year, Brown is hitting just .223 with five homers and 36 RBI’s. He also boasts a ridiculously low .272 on-base percentage.

A potential deal here might not even include a contender. There are teams out there that would love to bring in Brown’s five-tool ability and might be willing to part with another prospect or two in order to do so. Maybe even a prospect recently acquired in a trade for another veteran over the past couple years. What about the Houston Astros? They could find a way to team Brown up with another emerging star in George Springer, while giving up one of their many young arms. That seems to make a lot of sense to me. Prediction: Houston Astros

Papelbon is due a whole lot of money over the next two seasons. His $13 million option becomes guaranteed should he finish 100 combined games in 2014 and 2015. That’s a lot of money to spend on a closer, but he’s been light’s out with Philadelphia and could provide some back end bullpen relief. One such team that is in need of that is the Detroit Tigers, who continue to struggle in that aspect of the game. They saved money in the Prince Fielder deal and might be able to take on a majority of Papelbon’s contract. Prediction: Detroit Tigers