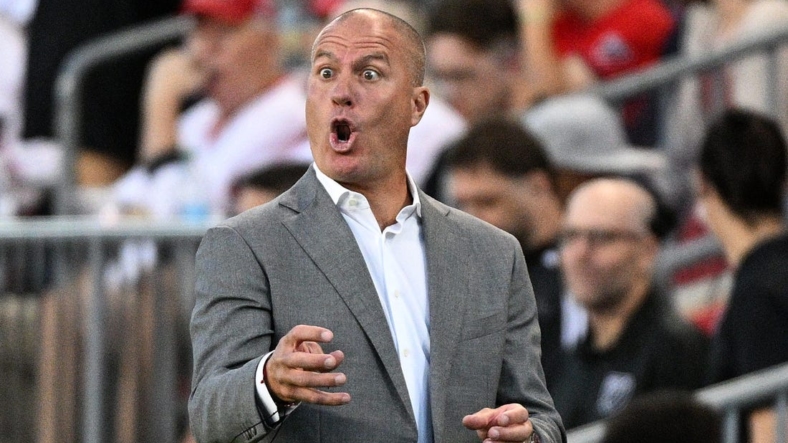 The Portland Timbers will try to maintain their grip on a Western Conference playoff berth on Sunday when they host an Atlanta United team trying to prolong its own fading playoff hopes.

The Timbers (9-8-12, 39 points) have won two in a row, rallying from a goal down to defeat the Seattle Sounders 2-1 and then winning at second-place Austin FC by the same score to move into the seventh and final West playoff place entering the weekend.

But Portland manager Giovanni Savarese picked up his third yellow card of the season during the latter victory and will have to watch the game against Atlanta from the stands.

“This is the second time it has happened since I am here, and it’s not easy,” Savarese said. “But at the same time, it’s complete trust in the … technical staff. They always work hard and prepare well. So we will prepare together to make sure that all the ideas are clear.”

Against Austin, Portland got goals from both halves of their center back pairing, Bill Tuiloma and Zack McGraw. And Tuiloma’s six goals on the season from an unusual position have been critical for a team that doesn’t have a double-digit scorer.

Perhaps surprisingly, Atlanta (8-11-9, 33 points) also doesn’t have a player who has reached the 10-goal threshold. Josef Martinez scored an average of more than double that in his first three seasons in MLS from 2017 to 2019, but has only seven in 2022, equal with striking teammate Ronaldo Cisneros.

That is just one area in which Atlanta manager Gonzalo Pineda feels like his team’s quality of play hasn’t matched the result.

But after a 4-1 midweek defeat at Philadelphia, United begin the weekend three points back of the seventh East playoff spot, and will try to win away from home for just the second time all season. And Pineda is trying to keep his team focused on what’s ahead rather than past disappointments.

“If you compare this to a boxing match, we just lost the last round but there’s another one and the bell is about to ring and we need to be ready because the opponent is going to come with everything,” Pineda said.