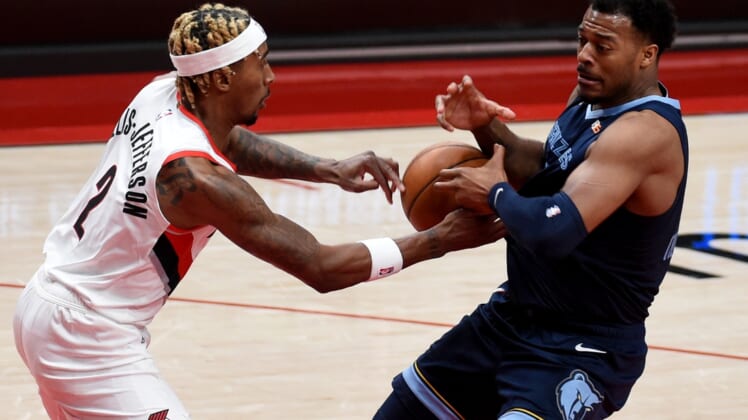 The Portland Trail Blazers will sign forward Rondae Hollis-Jefferson for the remainder of the season following a pair of 10-day contracts.

Hollis-Jefferson has appeared in six games (one start) since his first 10-day contract and averaged 3.2 points, 2.5 rebounds and 1.3 assists per game for Portland.

The 26-year-old, who was a first-round draft pick out of Arizona in 2015, has averaged 9.2 points, 5.6 rebounds and 1.9 assists per game in 300 games with the Brooklyn Nets, Toronto Raptors and Blazers.

Hollis-Jefferson originally was drafted by the Blazers in 2015 but was traded to the Nets on draft night.