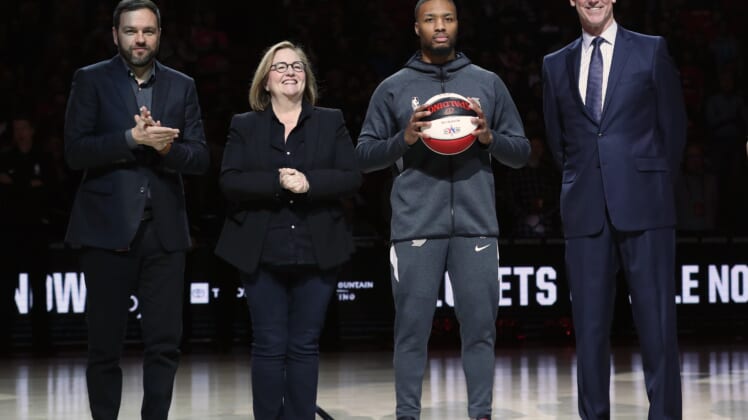 Portland Trail Blazers owner Jody Allen recently pushed back against reports that either her NBA team or the Seattle Seahawks are for sale. While a deal might not be imminent, it seems many in the Blazers’ organization might be wishing for it to happen.

Jody inherited the team from her brother Paul Allen, the Microsoft co-founder who passed away at the age of 65 in 2018. She assumed control of the team immediately after and has pushed back against Nike executive Phil Knight’s attempt to buy Portland’s NBA franchise.

Paul Allen’s will specifically states that the Trail Blazers and Seahawks are to be put up for sale after his death, with the profits going towards charities he cared about. While Jody still intends to follow through on her brother’s wishes, she has preached patience and indicated deals could take years to happen.

However, one of the richest owners in American sports is now facing criticism from a former executive with some internal complaints also coming from inside the organization.

The Trail Blazers have made significant changes to their roster in recent months. From tearing down the roster around All-Star point guard Damian Lillard to a series of polarizing moves this summer. It’s all seemingly come without significant input from the face of the franchise.

Lillard, who has expressed loyalty to the organization for years, has changed his tone in recent weeks. The NBA star recently wrote on social media that “loyalty has an expiration date” and he has not committed to signing the team’s contract proposal that would make him one of the highest paid NBA players.

It’s already a concerning development for a fan base that likely wants Lillard to finish his career in Portland. Just as troubling is a report from the New York Post with one team official detailing how Jody Allen froze out Lillard’s attempts to communicate with her.

In an era with NBA stars having more power than ever, a franchise owner allegedly refusing to listen to one of the most important players in team history is alarming. It’s especially problematic for a small-market club that struggles to attract top talent.

However, the New York Post goes on to indicate that this could seemingly be a pattern of behavior from Allen since she took over the franchise.

Former Trail Blazers president Larry Miller was the lone source to put his name on the record when talking about Allen. He spent five years in Portland before resigning in July 20212 to become the president of the Jordan Brand, now serving as a top executive at Nike. 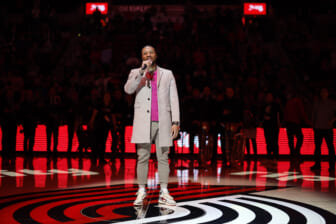 Portland fired former team president Neil Olshey in December 2021 after an investigation found he created a toxic workplace with instances of sexual harassment and intimidation. While the blame largely fell on Olshey, Miller believes there was more than enough talk within the organization that Allen should have known about it.

“I heard a number of stories about how badly people felt Neil treated them. It got to a boiling point and it’s something that Jody and Bert should have been well aware of and done something about it.”

Allen has also faced allegations in her past. Former bodyguards who worked for Allen and her brother filed lawsuits in 2013 alleging sexual harassment, cover-ups and conduct by her company that was ethically bankrupt.

As for more recent accusations, both Miller and sources within the Trail Blazers’ organization said that Allen ignored Lillard and Phil Knight, refusing to speak to them and only referring them to vice-chair Bert Kolde.

While there is a history of allegations suggesting Allen either ignored or was directly involved in workplace misconduct, she remains in full control of the team. Until she decides to sell, likely with support from Kolde, Knight or any other buyer won’t have a shot at the team.