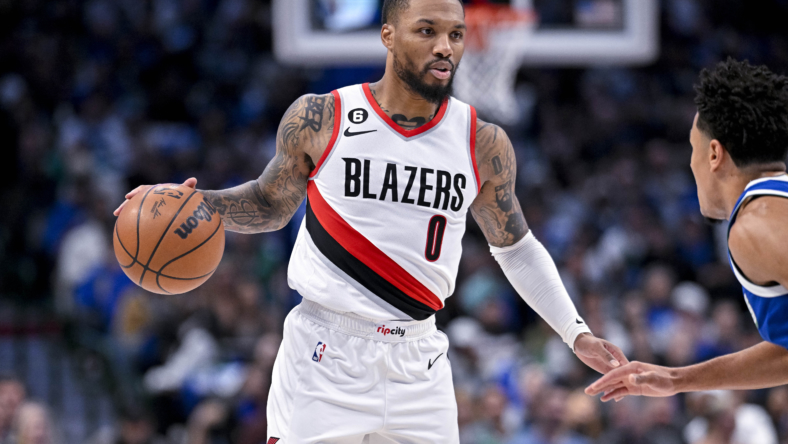 The 2022-23 NBA season has given fans a whirlwind of action through various surprises. Among those who have put up incredible performances are the Portland Trail Blazers, who have immense potential this season.

Currently eighth in the Western Conference standings, the Blazers have been red-hot this season. Despite suffering three straight losses to the Utah Jazz, Brooklyn Nets, and Milwaukee Bucks, they’re still a strong team. For a team that was out of the playoff picture the previous season, they’ve been much better to start the 2022 season.

This year, the Blazers are an exceedingly different team. The new-look roster has proven the squad can be a threat in the resilient conference. Although it’s unfair to compare the team’s performance from last season to this year, there is a significant improvement. Last season, Portland was at the bottom of the league in both offensive and defensive net ratings.

During the 2021-22 season, the Blazers were 27th in the league in terms of their offensive rating at 107.3. Defensively, they were even worse. They ranked last in the entire league with 116.3 in defensive rating. A lot of it had to do with essential players like Damian Lillard and Jusuf Nurkic missing out on many games due to injury. Last season was also CJ McCollum’s final stint with the team before he got traded to the New Orleans Pelicans.

Portland’s roster changes from last season affected their 2021-22 performance. But it also propelled their chances at being a powerhouse squad this year.

In the past, the Blazers have experienced heartbreak after heartbreak. The organization heavily relied on Lillard’s production to make them a competitive group. Outside of Dame, however, only McCollum and Nurkic provided much help. Now, the six-year All-Star has enough assistance to run for the championship.

The addition of Jerami Grant was a significant front-office decision during the summer. With Grant, the Blazers finally have a decent swingman who can provide proper defense on the perimeter. The 6-foot-8 power forward is third in defensive-net rating at 111.4. By far, he’s the best defensive wing player that Lillard has had a chance to play with throughout his career.

Anfernee Simons has blossomed into a reliable two-guard who compliments Lillard’s skillset well. Simons is second on the team in usage rate, at 27.3%. So far this season, the fifth-year guard out of IMG Academy has been playing with more aggression. His aggressiveness on the offensive end has helped their star point guard share the load.

It’s fun watching Simons play whenever Lillard is off the court. He’s taking the lead to run the offense, making the team a well-oiled machine. Even though Portland traded away McCollum, fans are at ease with Simons on the floor.

These are just two players that have had an evident contribution to the team’s success. Let’s not forget that the team still has guys like Josh Hart, Robert Covington, and Drew Eubanks. These three players have shown true grit and determination when playing for Portland. The Blazers could have a shot at making it to the Western Conference finals if all players can stay healthy.

Lastly, their head coach, Chauncey Billups, has instilled a well-balanced system in the Blazers this season. He didn’t have a chance to do it during the 2021-22 NBA season, as the team experienced various injuries. The front office has given Billups an incredible roster that has immense potential. With the 2004 Finals MVP at the driver’s seat, Portland could be the team to beat in the West.

The season is still young, but the Blazers have been relatively consistent with their production. Due to their strong start, many are exploring the possibility of Portland being a considerable threat in their conference.