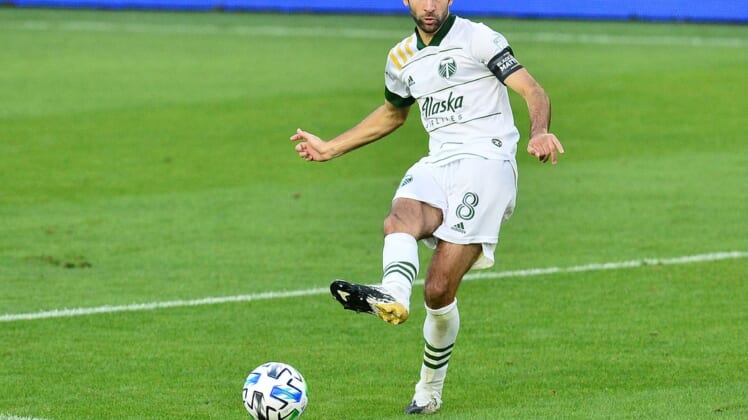 The Portland Timbers squandered a pair of one-goal leads and wound up with a 2-2 draw against host Marathon on Tuesday in the opening leg of CONCACAF Champions League first-round series at San Pedro Sula, Honduras.

The second leg of the total-goal series is scheduled for April 13 in Portland.

The Timbers jumped on top when Felipe Mora scored in the 35th minute on a shot from just above the penalty spot.

In the 59th minute, Portland’s Diego Valeri took a long-range free kick that Marathon goalie Denovan Torres saved onto the goalpost, only to have the ball ricochet off his back and into the net for an own goal.

Marathon’s Marlon Ramirez pulled the hosts level by driving across the top of the 16-yard box and hitting a low shot to bottom left corner past Timbers goalie Steve Clark.