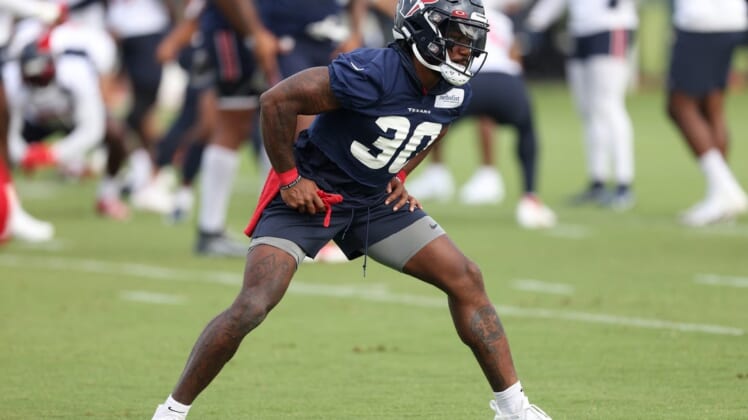 Houston police said a coding error was to blame for erroneous charges against Texans running back Darius Anderson, and his charge was updated.

Anderson, 24, will be arraigned Wednesday on a charge of burglary with intent to commit assault.

The originally announced charge of burglary with intent to rape was attributed to a coding error, police said on Monday.

Anderson was arrested Friday after a woman accused him of breaking into her home and chasing her. She was able to call the police from a bathroom.

“We are aware of the report involving Darius Anderson,” the Texans said in a statement Monday. “We are gathering information and have no further comment at this time.”

Anderson has yet to play in an NFL game after four seasons at TCU from 2016-19. After spending time with the Dallas Cowboys and Indianapolis Colts, he was signed to the Texans’ practice squad last December. In January, he signed a reserve/future contract with Houston.