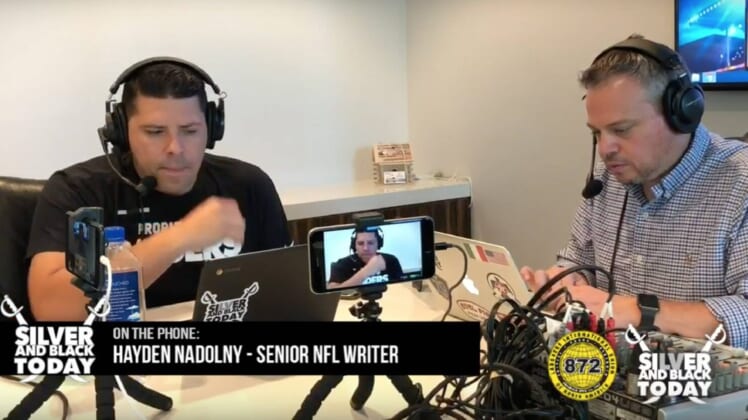 It’s the dog-days of summer and a dead period until the Raiders return for training camp next month. That doesn’t mean we don’t have Oakland Raiders football to discuss.

The team asks: is Gareon Conley injury prone? The young cornerback missed the last day of minicamp last week with a slight groin injury. Is it a cause for concern in Raider Nation?

Also, we discuss the “non-story” that was floated last week about Martavis Bryant and a possible suspension for the talented but often troubled wide receiver.

We also break down key takeaways from minicamp as well…and take a bunch of YouTube viewer questions. Join us!

Catch the Silver and Black Today radio show which airs every Sunday from 8am-10am in Las Vegas. It can also be streamed live worldwide on the Radio.com app and on TuneIn – including from your Amazon Alexa device.

We also live stream the show on video to YouTube, Facebook, and Periscope on the day of the show. Check us out on all of those channels.

SilverAndBlackToday.com is our 24/7 website covering all things Raiders. We also have our weekly podcast, usually heard live at 5pm on Wednesdays via Spreaker and can be downloaded on iTunes or Google Play.