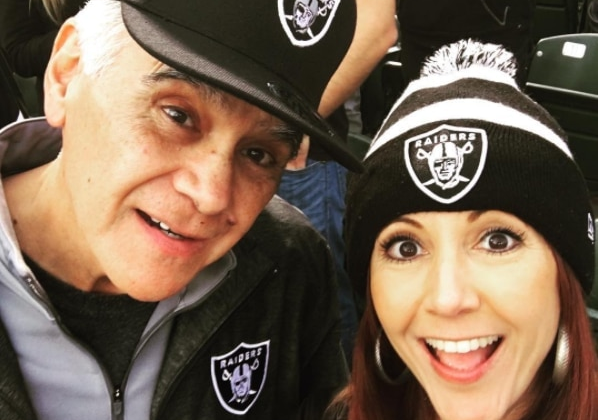 As a child growing up in El Paso, Texas, Huelga spent Sunday’s next to her Dad watching the vaunted Raiders of the 1980s. Led by her favorite player Marcus Allen, the Raiders helped create an ever-lasting bond between the television journalist and her father – a native of Oakland and lifelong Raiders fan.

Huelga talks about her career, her Raider Nation upbringing, and the excitement she – and Las Vegas – feels over the teams move to Nevada in 2020.

Huelga reps the Raiders whenever she can…even in the studio.