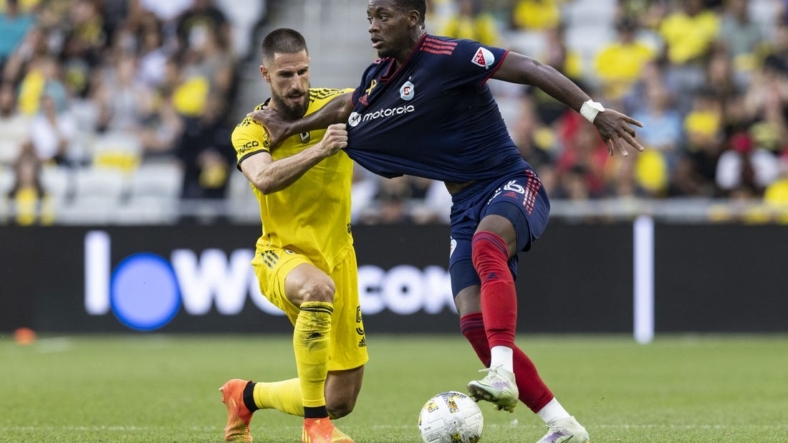 With a playoff spot locked up, the Montreal Impact now turn their attention to home-field advantage Tuesday night when they host the Chicago Fire

“The players want to play here, at Stade Saputo,” midfielder Samuel Piette said. “… I love the way it is. Intimate. The fans are close to us. We saw it with the atmosphere (Friday). When the stadium erupts, it’s something special.”

Defender Alistair Johnston has been a steady presence for Montreal’s back line. The Canadian international hasn’t missed a game this season and has played the full 90 minutes in 19 of the team’s 30 games. While typically a fullback, Johnston was utilized in three positions in Montreal’s draw against Columbus on Friday.

“It’s fun to play in different tactical schemes,” he said. “I’ve done it for Canada, too. But to do it here, and as a real soccer nerd, it inspires me. I love being on the pitch and trying different things.”

The Fire (9-13-8, 35 points) also have settled their defense lately, sustaining their slim playoff hopes with a 3-1 win over visiting Inter Miami on Saturday. The victory extended their unbeaten streak to three games (1-0-2) while snapping a four-game scoreless stretch.

Chicago is 12th in the Eastern Conference, six points below the playoff line, with five teams in front of them.

“It was important first of all to win because the few games we didn’t win, we didn’t score,” midfielder Xherdan Shaqiri said. “And we play and try to win every game, the last five games now. And every game is like a final because we need it if you want to go to the playoffs. You need any games to win. And then we see in the end what happens.”

Forward Jhon Duran scored his second career MLS brace in the victory, giving the 18-year-old Colombian five goals on the season and moving him into a three-way tie with Shaqiri and Kacper Przybylko for the team lead.

Montreal has won each of the past three meetings with Chicago, all by shutout.