Being a “tweener” can be tough, but it has to be especially grueling for college players entering the NFL Draft.

The difference between Round 1 and Round 2 is huge, whether it be in prestige or especially money. But oftentimes, the difference in talent between those taken in the second half of Round 1 and the second round of the NFL Draft can be somewhat arbitrary.

There are only 32 first round picks, after all, but there’s easily more than that many players with top-level talent.

The key for those draft “tweeners” is hoping that the board shakes up at their position, resulting in a move that could push them into the first round. Of course, there’s also the hope that some scout or coach out there really believes in them and is willing to take a chance. And then there’s always the old desperation pick, where a team has a big-time need to fill and has to reach for a second-round player in the first round to ensure that they can get their guy.

The six players below fit into the this category. Nobody would bat an eye if they went in the second round, but they also have the potential and talent to sneak into Round 1 if things break the right way. 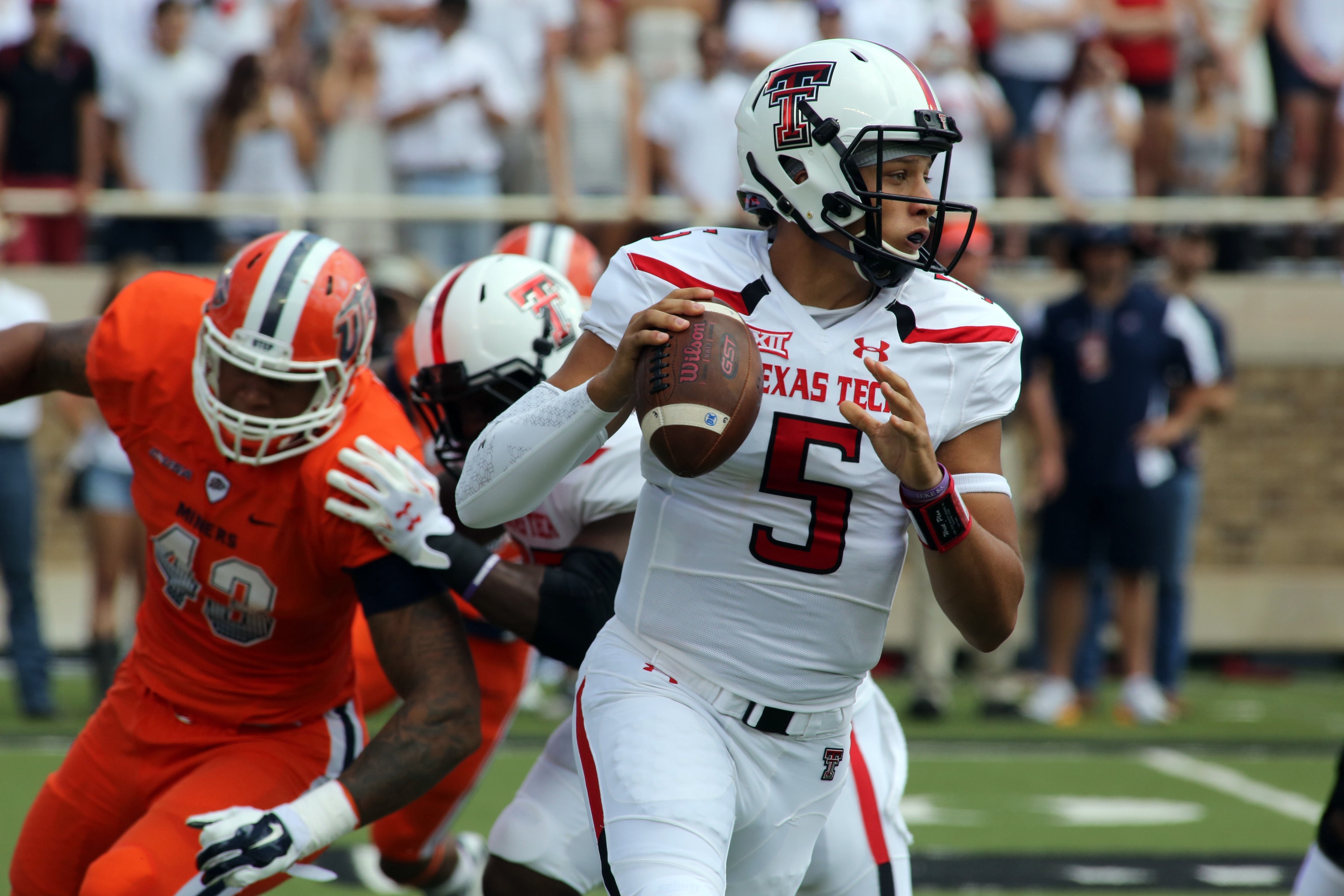 The thing Mahomes has going against him as he enters the 2017 NFL Draft is a stigma.

College quarterbacks who put up huge numbers in pass-heavy schemes are often pegged as “system quarterbacks” by NFL scouts. Coming from Texas Tech, that’s a characterization that Mahomes will have to fight.

He put up 11,252 and 93 touchdowns in three seasons with the Red Raiders. He also broke an FBS record last year for total yards in a single game. These are stats that would make him the No. 1 overall pick if it wasn’t for the doubt of those numbers translating to a pro-style of play.

With that said, Mahomes could be the real deal.

He’s not your average spread-offense quarterback, checking in at 6-foot-2, 225 pounds. And yes, Texas Tech’s system allows quarterbacks to throw for a ton of (sometimes empty) yards and put up a ton of points, but Mahomes did flash pro potential. He has a big arm and can make just about any throw on the field, even while running out of the pocket. And yes, his delivery and arm slot isn’t perfect, but he knows when to zip the ball or when to put touch on it.

He also has that X-factor — a will to score that you look for in a quarterback.

A quarterback-desperate team could easily jump on him in the first round.

At 6-foot-5, 298 pounds, Chris Wormley has what it takes to be an extremely consistent NFL starter. He’s big and strong enough to hold an edge as a run-stopping defensive lineman and he’s a high-character, three-year starter from Michigan — where the defense has been a point of pride for the past few seasons.

Wormley’s athleticism and potential is a bit more understated compared to those two, which is something that may hurt him with NFL teams. With that said, especially if the two above him go quick and a team with a need on the D-line believes they can work with him to make him more explosive and dynamic, he does have everything else teams look for in a first-round draft pick. 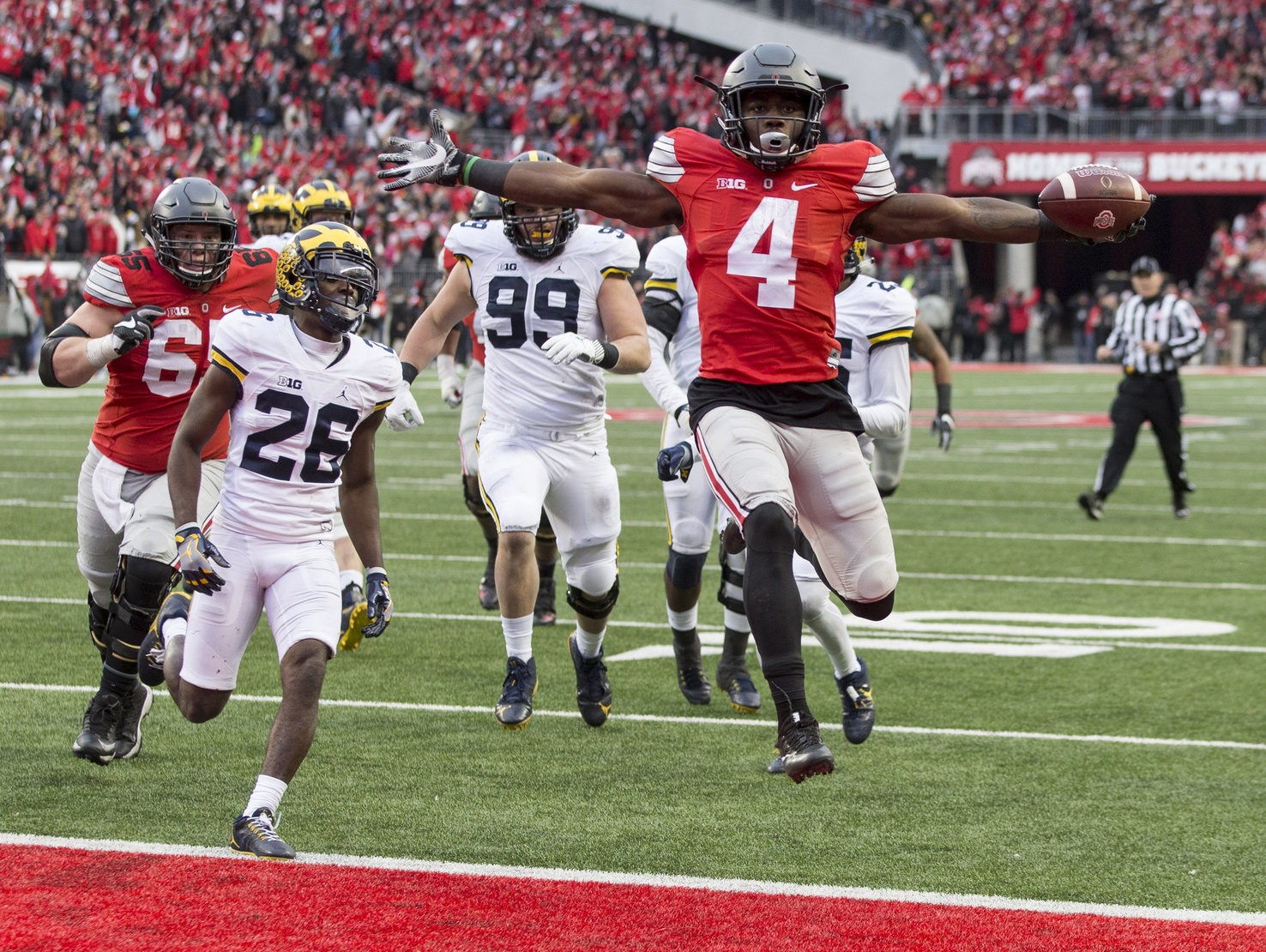 At 5-foot-11, 196 pounds, Curtis Samuel would likely be ranked as an “athlete” if that was NFL terminology instead of recruit-speak. Not coincidentally, he was ranked as an athlete as a recruit, one of the best in the 2014 class.

Samuel is a bit on the smaller side, but he can bring a whole lot of explosion to an offense at the NFL level. His best bet will be as a slot receiver who can use his speed (4.31-second 4o) and agility to make defenders look silly in open space. But it’s worth noting that he can also run the ball in certain situations. He was actually considered an H-back in Ohio State’s offense, keep in mind.

Samuel is a bit of an offensive specialist, but players like him have succeeded in the NFL before. That makes him worth the chance as a first-round player, though he’s easily a second-round wide receiver.

Could Samuel be the next Percy Harvin? That’s probably his best case scenario. Harvin was taken with pick No. 22 in the 2009 NFL Draft (Minnesota Vikings).

In a cornerback class that features big-time names such as Marshon Lattimore, Kevin King, Chidobe Awuzie, Marlon Humphrey, Adoree’ Jackson and Tre’Davious White, it’s easy to forget that Wilson has been a great cornerback for Florida over the past few seasons. Heck, he’s even been overshadowed by his teammate, Jalen “Teez” Tabor, at times.

Checking in at a healthy 6-foot-1, 211 pounds, Wilson notched 3.5 tackles for loss, a sack and three interceptions for the Gators in 2016 (one of which was taken back for a 78-yard touchdown).

In total, he notched six interceptions and 14 passes defended while at Florida, earning second-team All-SEC honors in 2016.

He’s a big, tough cornerback with plenty of confidence. He may be a second-rounder due to the sheer amount of corners he’s competing with, but if there’s a run at the position and a team gets antsy, it’s possible he ends up sneaking into Round 1. 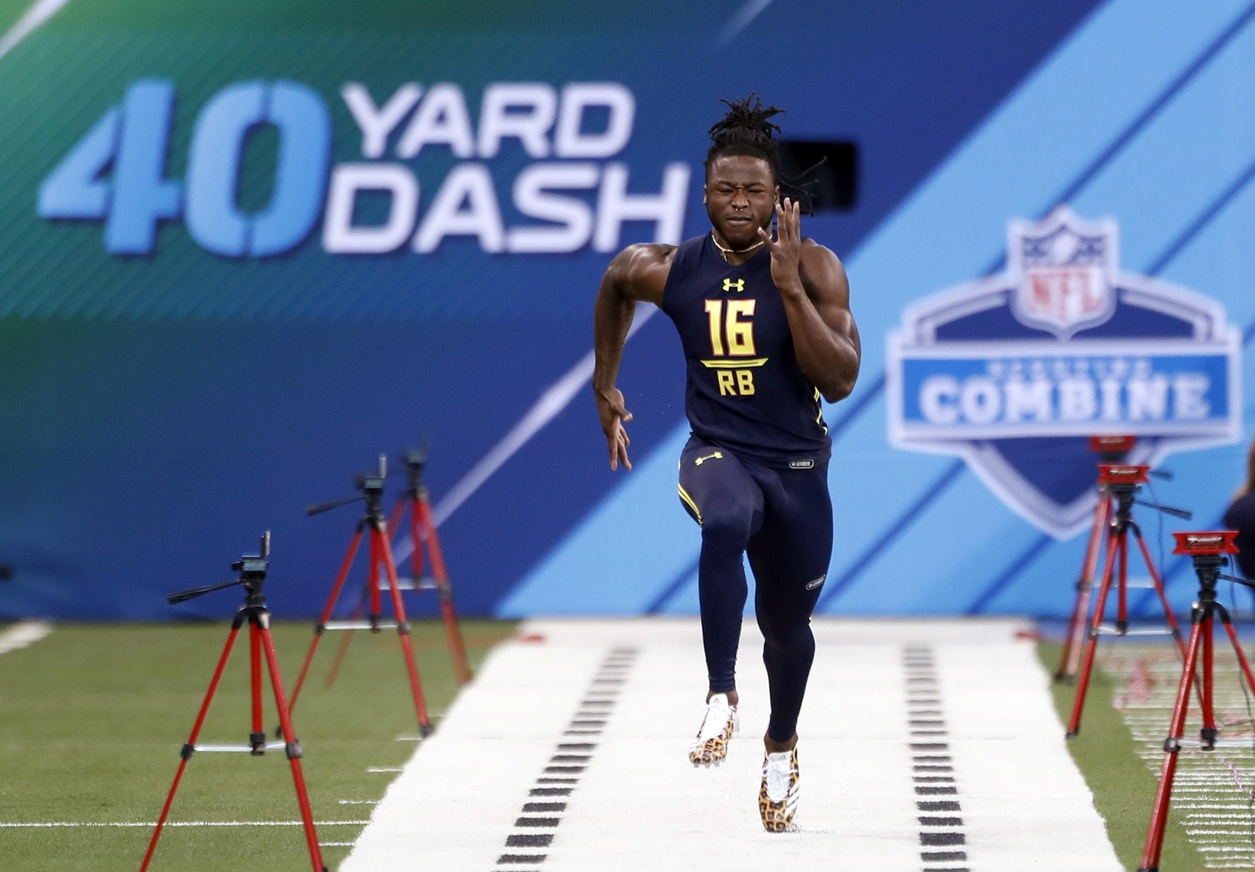 Leonard Fournette, Dalvin Cook and Christian McCaffrey could get all the first round love in this draft. But in Alvin Kamara, there’s a potential first-round talent lurking who can bring a whole lot of explosion to an NFL offense.

Kamara is only 5-foot-10, 214 pounds, but he has tremendous speed and athleticism — traits he can use in the open field as a runner or pass-catcher. Kamara can be an every down back. He can pound it between the tackles or bounce it outside. He’s athletic enough as a receiver to peel out as a running back, but he’s also comfortable lining up in the slot — he brings a ton of versatility and a ton of potential to the table.

In the right system, Kamara can be a star.

In just two seasons for Tennessee, one as the starter, Kamara notched 1,294 yards and 16 touchdowns on the ground to go along with 40 receptions for 683 yards and seven touchdowns as a receiver.

He also returned a punt for a touchdown in 2015 — more added value for a potential first-round pick.

Measurables can take the right football player a long way, and Melifonwu has exactly what scouts look for in a strong safety. Size is his biggest advantage, as he checks in at 6-foot-4, 224 pounds.

He’ll be able to bang around in the box at the NFL level, but he also has the speed and athleticism to make a ton of plays in coverage. He ran a very fast 4.40 40 at the NFL Combine and put up stellar numbers in both the vertical jump (44 inches) and broad jump (141 inches).

Coming from UConn, he may not have the hype he deserves — especially when compared to players like Jabrill Peppers from Michigan or LSU’s Jamal Adams — but he had a great college career. In four seasons with the Huskies, Melifonwu snagged 349 total tackles (221 solo), 11 tackles for loss, eight interceptions (including four in 2016), 16 passes defended, two forced fumbles and two fumble recoveries.