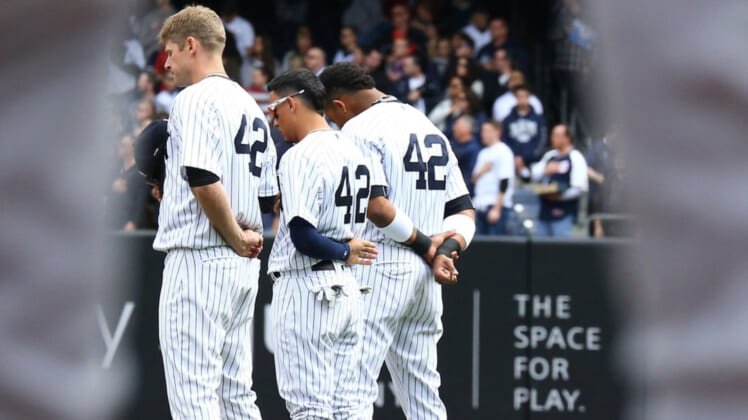 A poll of current players was conducted by MLB.com recently focusing on which team boasts the game’s best uniform.

In what can’t be considered too much of a surprise, the New York Yankees and Los Angeles Dodgers tied for the top spot.

“Just the crisp, clean white with the blue lettering and the one red number. That’s really clean. And even their grey uniforms with the blue and just the red number kind of stands out,” Red Sox veteran Brock Holt said about the Dodgers uniforms.

Meanwhile, the Yankees’ ranking was more about their history and the well-known pinstripes.

“It’s such a historic one. It hasn’t changed or anything. They been doing that forever,” Nationals catcher Yan Gomes said about the Bronx Bombers unis.

It’s hard to complain about the two-two in these results. The rest might be left up for interpretation.

This should cause a bit of debate around the MLB water cooler.