Players with most to prove heading into NBA season 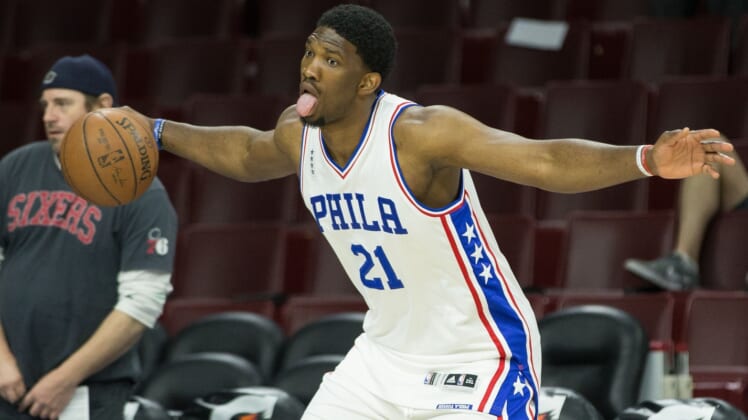 Between trade-deadline moves last season and the fallout of a chaotic offseason, superstars departed for a new location, promising players arrived and young talents emerged. The result is a reshaped outlook of key players around the league for the 2017-18 campaign.

Whether it’s taking on more responsibilities or rebounding from an injury-plagued year, trying to show a career season wasn’t an outlier or solidifying a playoff-caliber team, these players have the most to prove this season.

Do you remember the closing scene in The Fresh Prince of Bel-Air where Will Smith’s character walks into the empty living room? That’s essentially the view for Dennis Schroder, who has watched Al Horford, Paul Millsap, DeMarre Carroll and Tim Hardaway Jr. leave in free agency and the organization trade Jeff Teague, Kyle Korver and Dwight Howard over the last couple summers.

But that also means Schroder will be thrust into his largest role ever. While the 24-year-old point guard posted career highs in points (17.9) and assists (6.3) last season, Millsap was still the key player. The Hawks will be relying on Schroder to guide a weird roster to the playoffs.

He got his wish. Now what? Kyrie Irving wanted out of LeBron James’ shadow to be the featured player of a team, so the Cleveland Cavaliers shipped him off to Boston. Irving joins a new-look roster that includes Gordon Hayward, the club’s marquee signing this offseason, and rookie Jayson Tatum. Irving almost certainly will put up shiny box-score numbers, and the Celtics are going to win plenty of games as their new lineup works through some (expected and reasonable) chemistry-building issues. Nevertheless, his efficiency as the guy on offense will dictate the actual level of Boston’s success. 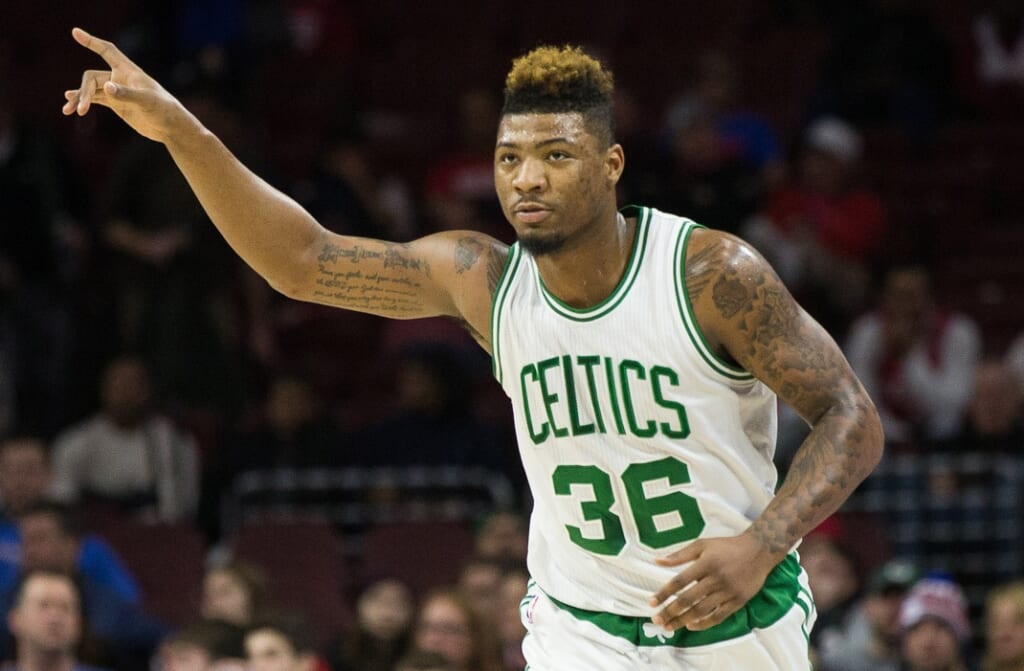 When a franchise has a chance to sign a player like Hayward, sacrificing depth pieces is both necessary and understandable. The by-product, though, is experienced players must take on larger responsibilities. Marcus Smart, whether he’s a starter or a heavily used backup, will be a critical piece for the Celtics.

Not only can the Oklahoma State product handle the point and play the wing, the departures of Jae Crowder and Avery Bradley make Smart the best on-ball defender Boston has. While assuming that title, however, he must also improve his three-point shooting (or stop launching as many triples) and cut down on turnovers. The Celtics need to give Smith big minutes, but he must be more productive in that playing time.

Andre Drummond has the tools to become a star. The 6-foot-11 center has secured no fewer than 13.2 rebounds per season since becoming a full-time starter, averaging 14.3 points on 54.3 percent shooting over the last four years. But in addition to his complete inability to make free throws at a respectable clip for an NBA player — a meager 38.1 percent for his career — Drummond’s defense doesn’t match his physical ability.

Among players who faced at least five shots within five feet per game in 2016-17, according to NBA.com, his 55.5 field-goal percentage allowed ranked sixth-worst. For the Pistons to make a playoff-worthy step, Drummond has to improve his interior defense.

When the Pacers traded Paul George to the Oklahoma City Thunder, the immediate aftermath meant Indiana is now Myles Turner’s team. Fair or not, the third-year center will be demanded to steady a roster that only added Victor Oladipo and Domantas Sabonis in return for an established superstar.

Yet in the weak Eastern Conference, the Pacers are still a borderline playoff team. Turner should see a slight uptick in minutes after registering 31.4 last season, tallying 14.5 points, 7.3 rebounds and 2.1 blocks in that action. Turner probably can’t shoulder the load offensively right away, but the Pacers need considerable progression as a shooter to complement his terrific defense. 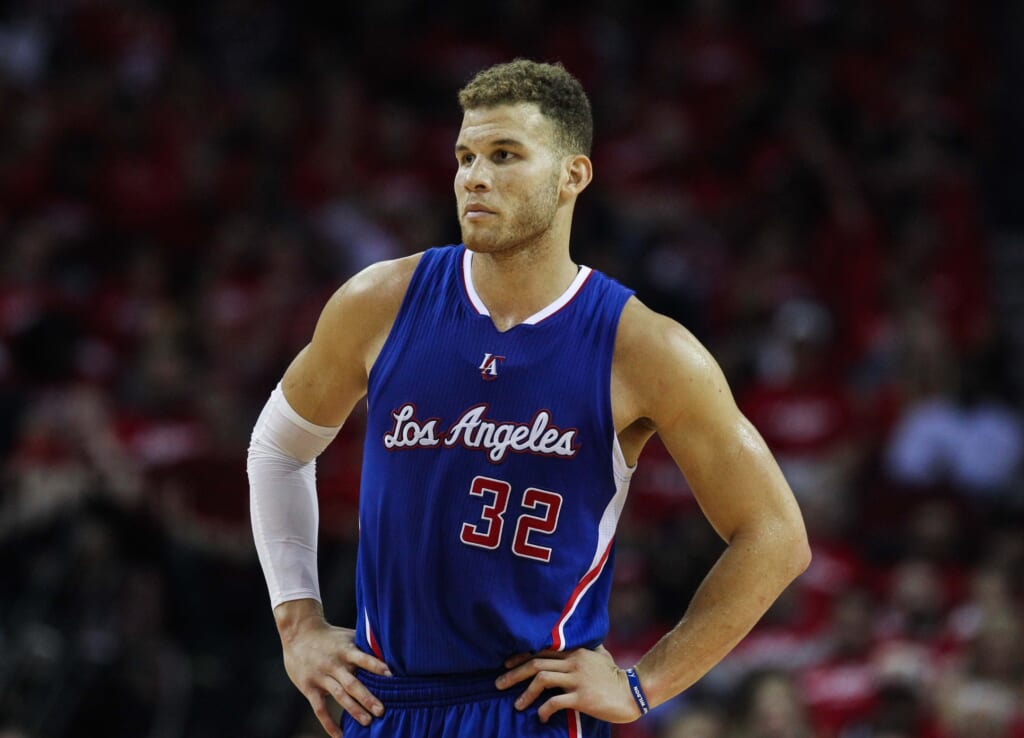 Chris Paul is gone, and he’s not coming back. Blake Griffin, who only played his rookie season without CP3 handling the point, needs to become the Clippers’ primary playmaker. History suggests Griffin can assume the role and help Los Angeles stay potent offensively, given the noticeable yet not overwhelming 5.7 drop in offensive rating when Griffin played without Paul last year, per NBA.com.

But can the power forward stay healthy? He’s missed at least 15 games during each of the last three seasons, and the Clippers won’t have a similar margin for error in 2017-18. LA is a playoff team if Griffin avoids a compromising injury — but that’s a major if.

The return on investment for Chandler Parsons is not looking great so far. In his first season with the Grizzlies, he battled injuries and ineffectiveness. Parsons missed 54 games — including six in the playoffs — and mustered just 19.9 minutes with 6.2 points on 33.8 percent shooting when he actually suited up.

Fortunately for Memphis, the $94 million man is expected to be ready for training camp. Like Griffin, if Parsons plays a full season (or at least near-full, given necessary rest days), the Grizzlies can overcome significant offseason losses to reach the postseason again. But that’s no guarantee.

But the shooting guard has never been one for consistency, and he accrued those numbers in 46 games. Would a full season have included more shooting slumps, or is the 25-year-old truly progressing as he enters the prime of his career? Waiters, freshly paid and healthy, will attempt to eliminate any lingering doubts this season. 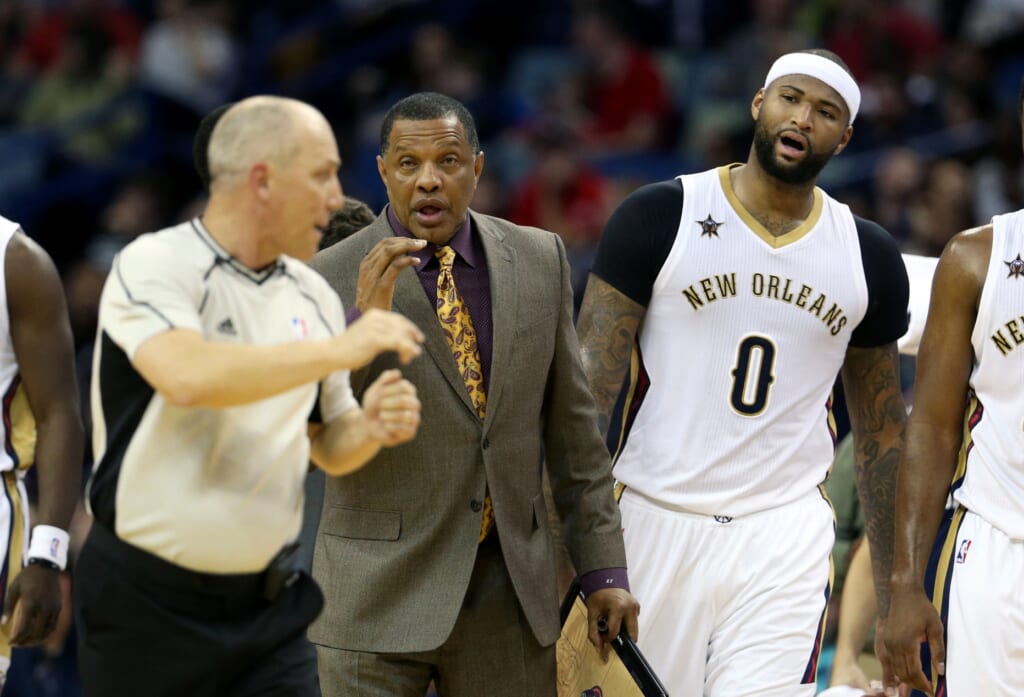 Heading into the final year of his contract, DeMarcus Cousins finds himself in a stable situation for the first time in his seven-year career. Now, will he make it count? The fiery 7-footer collected 24.4 points, 12.4 rebounds and 3.9 blocks per game in 17 appearances with the Pelicans to close the 2016-17 campaign.

Although he hasn’t developed into a defensive menace, playing alongside Anthony Davis hides some of that shortcoming. Cousins’ talent is worth a max contract in the summer of 2018, but a disappointing year may spark concerns about his legitimacy as a franchise cornerstone who actually wins.

Talent has never been the problem for Joel Embiid. Despite suiting up for just 31 games last season, the Kansas product still (deservedly) garnered 23 of 100 possible first-place votes in Rookie of the Year voting and finished third. Since being drafted No. 3 overall in 2014, however, those 31 games are Embiid’s only career appearances in 246 available outings. What kind of contract do you give that player? Unless the 76ers extend Embiid before the mid-October deadline, the center will become a restricted free agent next summer. Whether he’s looking to prove his worth on a new deal or playing for a new contract, Embiid is arguably the player to watch in 2017-18.

According to Keith Pompey of the Philadelphia Inquirer, 76ers coach Brett Brown is “locked in” with Ben Simmons as the starting point guard and does not expect any restrictions. After missing the 2016-17 campaign due to a foot injury, the 6-foot-10 point-forward will make his debut. NBA fans — not just Sixers supporters — have reason to be excited about Simmons, who averaged 19.2 points, 11.8 rebounds and 4.8 assists on a bad LSU team two years ago, taking over as the legitimate No. 1 ball-handler.

Someone his size manning the point is truly rare. More importantly, though, Philly won’t reach its postseason potential unless Simmons is highly effective as a rookie.

The trade never really made sense for the Denver Nuggets anyway, but their loss was Portland’s immense gain. Jusuf Nurkic accumulated 15.2 points, 10.4 rebounds, 3.2 assists and 1.9 blocks per game while helping the Blazers rattle off a 14-6 spurt to leap the Nuggets in the standings.

Thanks to his contributions, Portland overcame a 23-32 record to finish 41-41 and reach the playoffs. However, a late-season leg injury caused Nurkic to miss the final seven regular-season games and only play 17 minutes in the playoffs. So, was that explosion for real? Is it sustainable? With anything remotely close, Nurkic can solidify the Blazers as a playoff team.

Being the centerpiece of the Cousins trade may create unfair expectations for Buddy Hield. The shooting guard is only entering the second year of his career. Nevertheless, that’s not going to stop the Oklahoma product from trying to surpass that belief. Hield recorded 8.6 points per game in 57 appearances for the Pelicans before surging to 15.1 points in 29.1 minutes over 25 post-trade outings with the Kings.

While the franchise made a flurry of — gasp! — smart moves during the offseason, no acquisition will supplant Hield as the primary scorer. That’s a massive function for a young player who wasn’t expected to occupy this role, but it’s his reality in Sacramento.