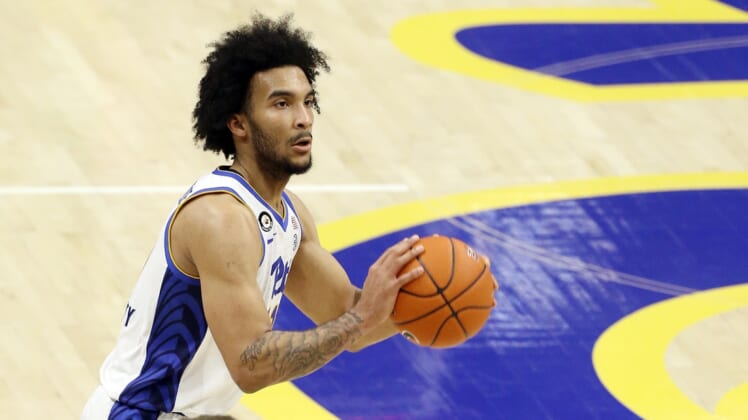 Pitt sophomore Justin Champagnie will hire an agent and enter the 2021 NBA Draft.

The 6-foot-6 swingman announced his decision in an Instagram post on Monday, and the school also issued a news release.

“My parents and my family have been my biggest supporters and they have made a lot of sacrifices to help put me in this position. I am excited about the opportunity to pursue my NBA dreams and be in a position to pay them back for everything they have invested in me,” Champagnie said, per the news release.

“It was a difficult decision because Pitt has been such a special place in my development … but I know it is time to begin my professional career. I am prepared to take the next step, accept the next challenge and put in the work it takes to succeed at the next level.”

Champagnie averaged 18.0 points and 11.1 rebounds per game last season. A first-team All-ACC selection and an honorable mention All-American, he ranked among conference leaders in nine categories.

“I believe he is just scratching the surface of the player he can become and look forward to watching him carve out a lengthy pro career,” Panthers head coach Jeff Capel said. “Justin has our love and support and will always be a part of the Pitt family.”

Champagnie’s twin brother, Julian, plays at St. John’s and said in March that he was testing the draft waters. He averaged 19.8 points and 7.4 rebounds for the Red Storm.