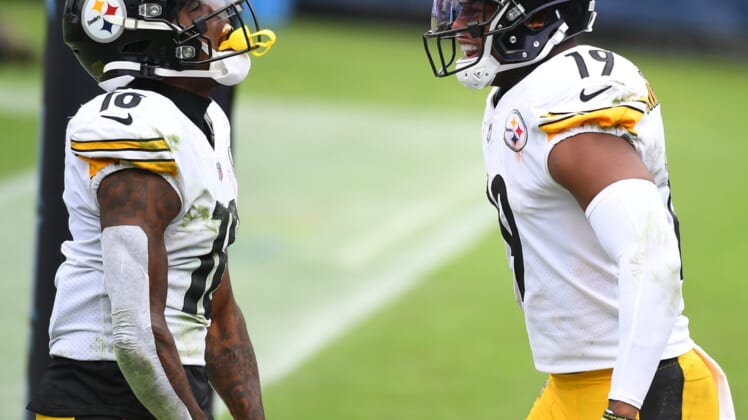 Pittsburgh Steelers wide receivers JuJu Smith-Schuster and Diontae Johnson were listed as full participants in practice on Friday and do not carry an injury designation into this weekend’s game against the host Green Bay Packers.

Fellow wide receiver Chase Claypool, however, did not participate in Friday’s practice due to a hamstring injury. He is listed as questionable for Sunday’s game against the Packers (2-1) at Lambeau Field.

Claypool, 23, has 15 catches for a team-leading 211 receiving yards and no touchdowns this season for the Steelers (1-2). 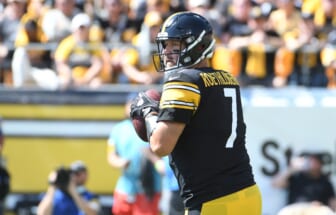 Smith-Schuster, 24, sustained injured ribs in Pittsburgh’s 24-10 loss to the Cincinnati Bengals last Sunday. He had three catches for 25 yards against the Bengals, raising his season totals to 13 receptions for 118 yards with no touchdowns.

Johnson, 25, is working his way past a knee injury. He has 14 catches for 141 yards and one touchdown in two games this season.

Quarterback Ben Roethlisberger (pectoral) and linebackers T.J. Watt (groin) and Alex Highsmith (groin) were listed as full participants in Friday’s practice. The three players do not carry an injury designation into Sunday’s game.

Offensive tackles Rashaad Coward (ankle) and Chukwuma Okorafor (concussion) and defensive tackle Carlos Davis (knee) did not practice on Friday. Those three players have been ruled out versus Green Bay.