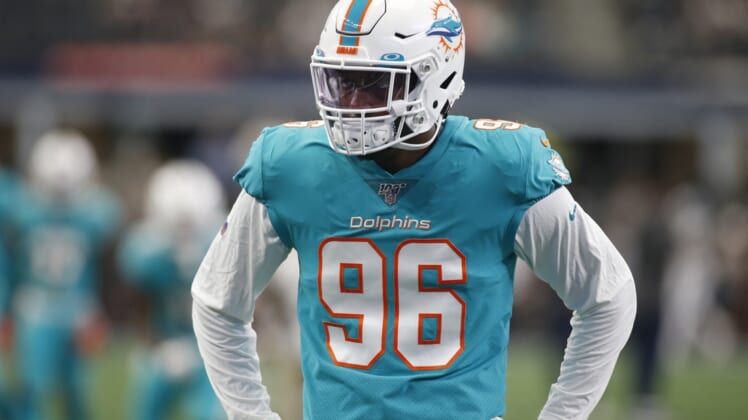 A first-round draft pick by the Cowboys in the 2017 NFL Draft, the defensive end spent his first two seasons in Dallas. The Cowboys waived him in September 2019 after Charlton voiced his displeasure with the organization.

He spent the 2019 season with the Miami Dolphins and in 2020 played with the Kansas City Chiefs, who released him in August.

In the 2017 draft, Charlton was the No. 28 overall pick, chosen two spots ahead of Steelers edge rusher T.J. Watt.

A two-time All-Pro, Watt sustained a groin injury in Sunday’s loss to the Las Vegas Raiders. He has not been ruled out of Sunday’s home game against the Cincinnati Bengals.