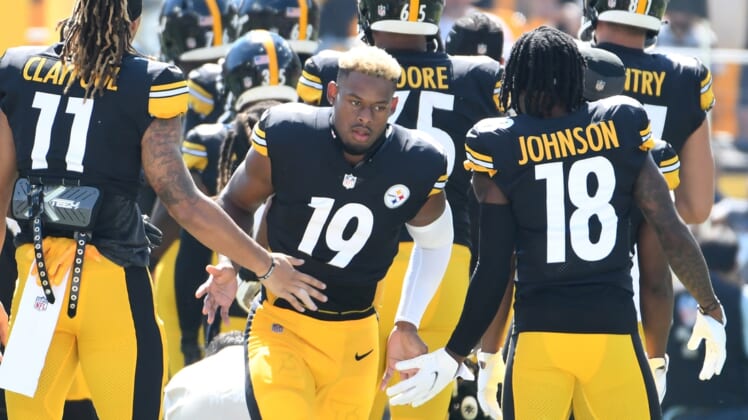 Pittsburgh Steelers wide receiver JuJu Smith-Schuster was ruled out for the second half of Sunday’s game against Denver due to a shoulder injury.

On the first play of a Pittsburgh drive with 5:47 left in the second quarter, Smith-Schuster rushed around the left end for 3 yards before being tackled by Broncos safety Kareem Jackson.

Jackson’s helmet struck Smith-Schuster’s right arm and the fifth-year wideout appeared to be in serious pain as he was helped to the locker room.

Smith-Schuster, 24, finished with two carries for 6 yards and zero catches on one target. For the season, he has 15 receptions for 129 yards and no touchdowns in five games.