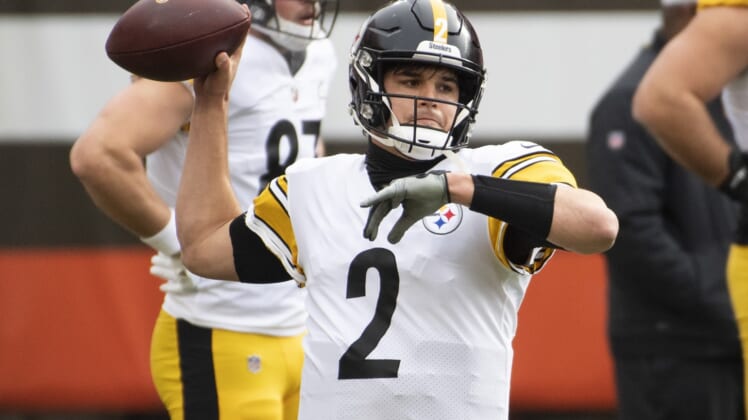 The deal keeps Rudolph signed though the 2022 season as starter Ben Roethlisberger’s deal ends at the conclusion of the 2021 season in a deal negotiated earlier this offseason. Roethlisberger enters the season at age 39.

Reports put Rudolph’s deal at $3 million for the next two seasons, with yet-undisclosed incentives to get it to go higher.

The 25-year-old Rudoph has played in 15 games for the Steelers after being picked in the third round in 2018, throwing for 2,089 yards with 15 touchdowns and 10 interceptions. He has compiled a 5-4 record in nine starts.