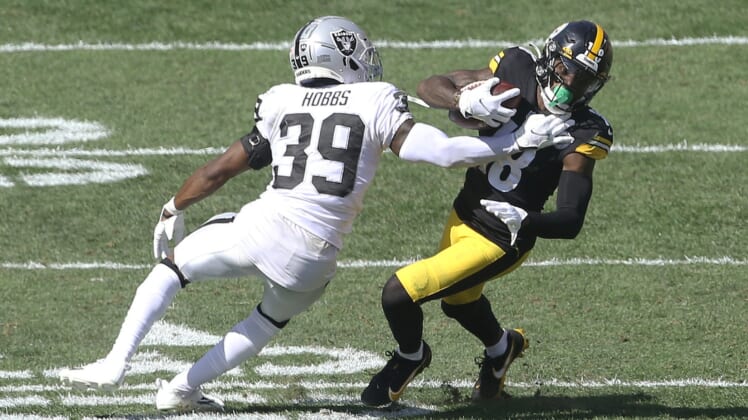 Pittsburgh Steelers wide receiver Diontae Johnson avoided a serious knee injury Sunday when he crumpled into a heap on the final play of Pittsburgh’s loss to the Las Vegas Raiders.

The Steelers were hit hard by injuries on Sunday with cornerback Joe Haden (groin) inactive, outside linebacker T.J. Watt (groin) leaving the game and defensive lineman Tyson Alualu carted off with a fractured ankle. Alualu could miss 4-6 weeks.

Johnson led the Steelers with nine receptions for 105 yards and was targeted a team-high 12 times in Week 2.

Johnson was also targeted a team-high 10 times in Week 1 at Buffalo and caught five passes for 36 yards and a toe-dragging touchdown against the Bills.