Why the Pittsburgh Steelers are strong bets to draft a QB 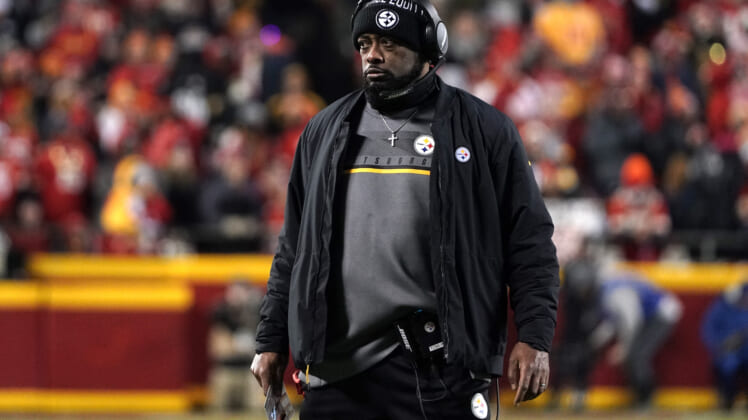 After 18 seasons of Ben Roethlisberger leading the Pittsburgh Steelers offense, there will be a new starting quarterback under center in Steel City in 2022. But is he already on the roster? Or could the Steelers still add to the position this offseason?

General manager Kevin Colbert already signed Mitchell Trubisky to a two-year contract worth $14.25 million, which could go as high as $27 million with certain incentive triggers but that’s not starter money for a quarterback in the modern era.

For this reason, it appears as though the Steelers could have a bigger move in their plans later this offseason.

Once the Mitchell Trubisky signing was announced, noticeably absent were any details about his actual contract amount. We later discovered the two-year, $14.25 million portion of the agreement, with more available via incentives but let’s take a look at how that contract compares with other NFL starting quarterbacks around the league.

The top end of the salary market is Deshaun Watson, who’s set to have a $40.4 million 2022 cap figure. Although, that number is expected to drop once he’s traded and likely agrees to a contract extension/restructure.

Of all the quarterbacks who entered the 2021 season as their team’s starter, Dak Prescott has the lowest 2022 cap figure among players who have signed a second contract after their non-negotiable rookie contract deals have expired. Prescott’s 2022 cap hit? $19.7 million.

Looking back on 2021 salaries for a bit more realism since we have more data to work with and since we know who all the starters were from a year ago, we see that the highest cap hit was Russell Wilson at $32 million.

On the low end of the spectrum, the New Orleans Saints had a bargain with Jameis Winston on a one-year, $5.5 million contract, but he wound up starting just seven games after an ACL injury. So a low starting salary is not completely unprecedented, but they also had Taysom Hill start five games with a $7.25 million cap hit.

The same goes for Teddy Bridgewater with the Broncos, who agreed to a restructured contract paying him $10 million for one year, which amounted to 14 starts due to injury.

The Bears didn’t know what they were doing, with Nick Foles at $8 million, Andy Dalton at $10 million and a freshly drafted first-round quarterback in Justin Fields.

Even Case Keenum made more as a backup for the Browns at $7.33 million than Trubisky’s base salary amount.

Considering the average salary for an NFL QB is $8.195 million according to Spotrac, the $7 million average Trubisky agreed to is just short of average, which means he was not signed for starter money.

Pittsburgh Steelers may have gotten a bargain, but don’t hand him the starting gig yet

On one hand, this either means the Steelers got a bargain by signing Trubisky if they plan to start him and if he actually plays up to the standard of a competent quarterback, which I believe he can. But on the other hand, his contract may be the strongest signal that the Steelers really like one of the QB prospects in the 2022 NFL Draft.

With Pitt QB Kenny Pickett expected to be a first round pick and with the Steelers having a good understanding that this was likely Big Ben’s final year, chances are they’ve spent a lot of time and resources analyzing his Pickett’s NFL prospects.

Then, there’s Malik Willis, the athletic small-school QB with a rocket for an arm. With Tomlin noting a preference to have a quarterback with mobility going forward, Trubisky fits the bill, but Willis does even more so. Not to mention, Willis doesn’t have a cap on his potential. We already know Trubisky’s floor, but the Steelers may choose to select one of Pickett or Willis and simply let the best man win in training camp.

With a likely competition between an incoming rookie, Mitchell Trubisky, Mason Rudolph and Dwayne Haskins in 2021, the Steelers will have a new QB under center, but I’d be careful before you etch Trubisky’s name in stone in the starting lineup for Week 1 just yet.