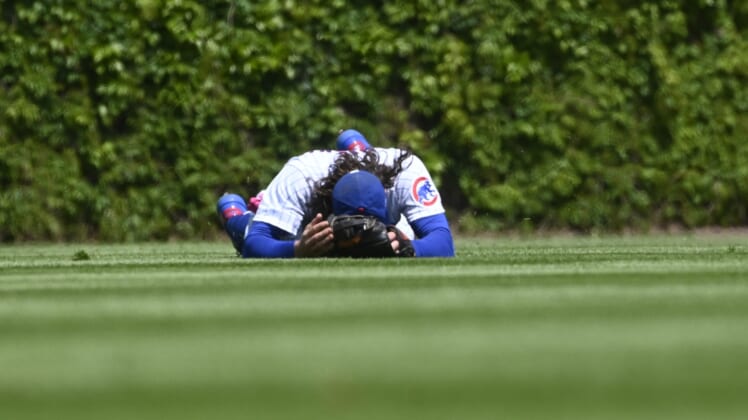 Wilmer Difo went 3-for-5 with a triple and three RBIs and left-hander Tyler Anderson pitched eight strong innings as the Pittsburgh Pirates edged the host Chicago Cubs 6-5 on Sunday to snap a three-game losing streak.

Pittsburgh erupted for four runs in the first inning before holding on as the Cubs saw their five-game winning streak come to an end.

Richard Rodriguez got pinch-hitter Javier Baez to ground out with a runner on second to end the game and earn his sixth save.

Cubs center fielder Jake Marisnick left the game with two outs in the top of the first inning, as he suffered a right hamstring strain in pursuit of a Difo fly ball. The ball fell into left center for a two-run single that put Pittsburgh ahead 3-0.

The Pirates made it 4-0 as a throwing error by shortstop Ildemaro Vargas allowed Difo to score. Difo tripled with one out in the third to score Eric Gonzalez, and crossed the plate one batter later as Todd Frazier reached on an error by third baseman Matt Duffy.

It proved to be just enough support for Anderson (3-3), who spaced two runs on four hits in eight innings with one walk and six strikeouts. Anderson retired the final 13 batters he faced before leaving the game after throwing 102 pitches.

Pirates reliever Kyle Crick hit Anthony Rizzo with a pitch leading off the ninth to give the Cubs their first runner since the fourth inning. Chicago didn’t stop there, scoring three runs on an RBI single from Pederson and Vargas’ two-run double.

Pederson, who replaced Marisnick and shifted to left field, went 3-for-4 with three RBIs.

Cubs right-hander Kyle Hendricks fell to 2-4 after allowing six runs — four earned — and nine hits in five innings with one walk and three strikeouts. Hendricks did not surrender a home run for the first time since April 7. He had yielded 10 home runs in his past four starts entering Sunday.

Kevin Newman and Frazier had two hits apiece for Pittsburgh.