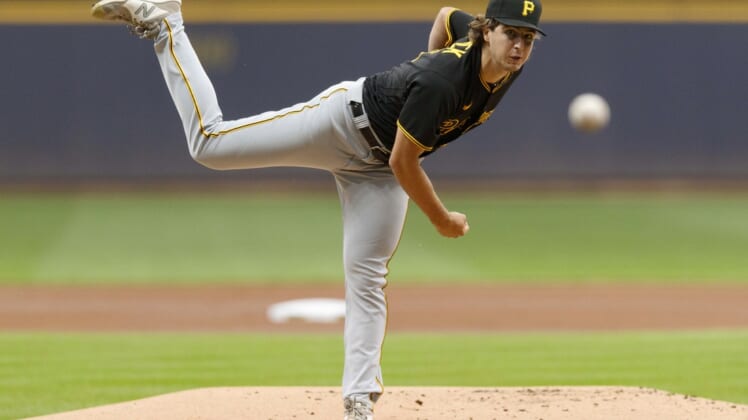 The Pittsburgh Pirates recalled righthanded pitcher Max Kranick from Triple-A Indianapolis and will start him against the Miami Marlins on Sunday.

He replaces fellow right-hander Bryse Wilson, who was added to the 10-day injured list with a left hamstring strain.

Kranick, 24, is making his seventh start for the Pirates this season.

In his June 27 debut, Kranick earned the win after throwing five shutout innings with no hits, runs or walks given up, while striking out three.

That performance made Kranick the first pitcher since 1893 to leave a game with a perfect game intact (through at least five innings) in his MLB debut, per the Elias Sports Bureau.

Kranick was drafted by the Pirates in the 11th round of the 2016 draft out of Valley View High School in Archbald, Pa.