Felipe Vazquez, the former All-Star closer for the Pittsburgh Pirates, was found guilty of statutory sexual assault, sexual abuse of children and 13 other assault and abuse charges in Pennsylvania on Thursday.

A Westmoreland County jury announced that the former MLB star was guilty of having sex with a 13-year-old girl in 2017. Vazquez was 26 at the time of the assault and claimed that the girl misled him about her age.

MLB contenders were interested in acquiring him before the MLB trade deadline, but the Pirates kept him. On Sept. 17, 2019, Vazquez was arrested and charged with solicitation of a child, computer pornography and providing obscene material to minors. 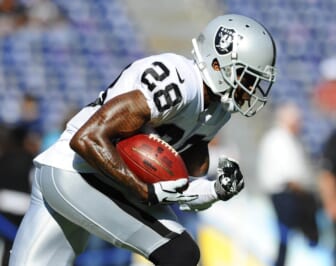 He was immediately placed on leave by MLB and law enforcement continued its investigation. He later admitted to the sexual contact with the girl in 2017. With the cooperation of the victim and her mother, police gathered text messages, photographs and testimony detailing Vazquez’s behavior.

Vazquez’s trial began on May 17, 2021 with the 29-year-old taking the stand and evidence being presented. After hearing closing arguments on Thursday, final deliberations only took four hours, per ESPN. The hury then announced its finding.

He is still facing criminal charges in Missouri and Florida, stemming from incidents with the same victim. Both cases are pending. A native of Venezuela, Vazquez is facing potential deportation.