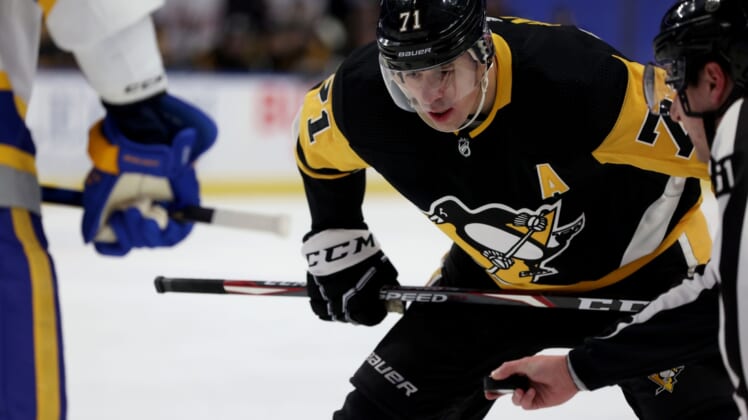 Pittsburgh Penguins forward Evgeni Malkin, who has missed the last 23 games with a lower-body injury, will be in the lineup against the host Philadelphia Flyers on Monday night.

Malkin, who hasn’t played since the Penguins’ 2-1 loss to the Boston Bruins on March 16, has eight goals and 16 assists in 29 games for Pittsburgh this season. Before getting hurt, Malkin was riding an eight-game point streak (four goals, eight assists).

The second pick of the 2004 NHL Draft, Malkin is expected to rejoin Jason Zucker and Kasperi Kapanen on Pittsburgh’s second line. Malkin, who has been playing for the Penguins since the 2006-07 season, could also resume his role on their top power-play unit.

The East Division-leading Penguins (34-15-3, 71 points) have a two-point edge over the Washington Capitals (32-14-5, 69) with four games left in the regular season. Both teams have clinched a playoff spot, but the Capitals have one game in hand on Pittsburgh.