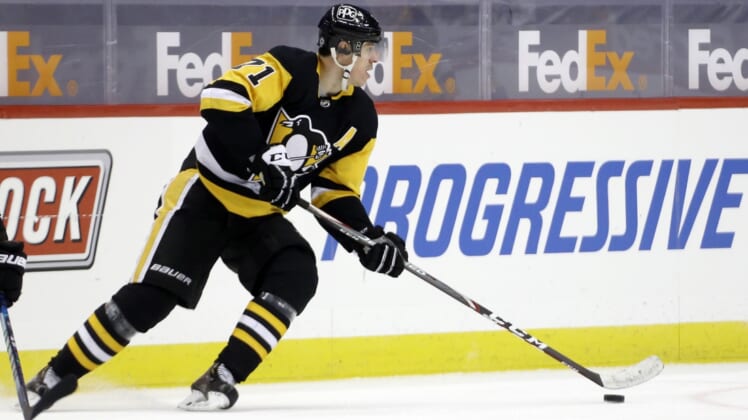 Malkin, riding an eight-game points streak, took a hit from Boston’s Jarred Tinordi. He stayed down a few seconds but finished the shift before leaving for the locker room.

Malkin returned and took a shift on a power play later in the first period but then left and was not on the bench to start the second.