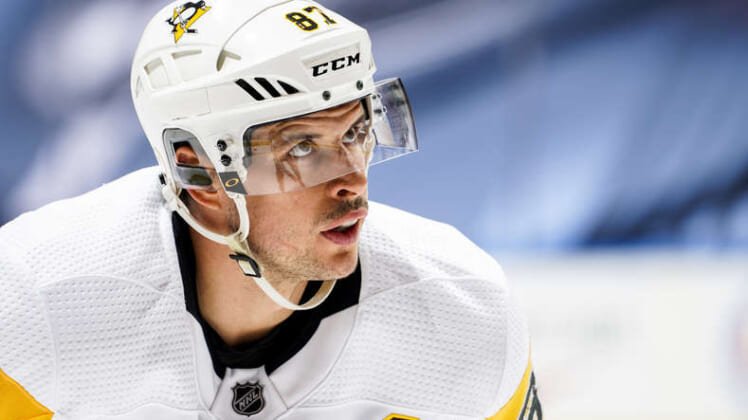 It’s not often that an entire coaching staff is released except for the head guy. That’s what happened today as the Pittsburgh Penguins let go of all Mike Sullivan’s assistants.

The first casualties of losing to the Montreal Canadiens have happened in Pittsburgh. Assistant coaches, Jacques Martin, Sergei Gonchar, and Mark Recchi have lost their jobs.

Penguins GM, Jim Rutherford also promises more changes will be made because “something is wrong” with this team.

“We are in the process of conducting a review of our organization because we have underperformed in the playoffs the last few years,” Rutherford said. “We just thought we needed to change the dynamic of our coaching staff.”

While the Penguins are keeping Mike Sullivan, I just don’t know how secure I’d feel if I was him. He certainly earned the right to fix this after winning back to back Stanley Cups in his first two seasons with the team.

What other changes are coming?

Rutherford isn’t going to stop with the coaching staff. After two disappointing seasons, there is an issue with the mix of players he has on the roster.

“I also have to review what’s happened here at the end of the last two seasons,” Rutherford said Tuesday. “There’s been a pattern in both seasons,” the GM continued. “My concern is when things don’t go our way, then we start to fizzle out. We don’t have that same drive and determination that we should have and that we need to have.”

However, what moves are available to him? Tristan Jarry appears to have supplanted Matt Murray for Pittsburgh. Both net-minders will be restricted free agents this summer and it would not surprise me to see Murray traded at the draft.

The truth is, if Rutherford really wants to shake this lineup he will need to move a big piece not named Sidney Crosby. Could the Penguins try and move on from Evgeni Malkin? What about Kris Letang? You just get the sense that he realizes things have gotten stale in Pittsburgh and real change needs to happen.

The Penguins will have a hard time making changes with limited cap space at the moment. Two players that could be lost to free agency are Conor Sheary, and Justin Schultz. One player that will definitely not be re-signed is Patrick Marleau.

Jim Rutherford also has a handful of RFAs that he needs to retain. With limited cap space, it will be tough to keep them and make big changes. However, that’s what trades are for and it sounds like he will be one of the more active executives this offseason.