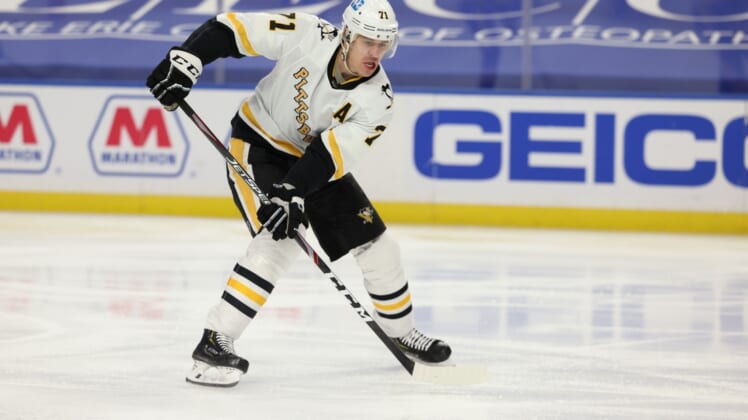 Malkin sustained a lower-body injury in the Penguins’ 2-1 loss to the Boston Bruins on Tuesday. Blueger is nursing an upper-body injury.

Also on Thursday, the Penguins activated defenseman John Marino from injured reserve and recalled forwards Anthony Angello, Colton Sceviour and Frederick Gaudreau to the active roster from the taxi squad.

Malkin, 34, ranked third on the Penguins this season in points (24) in 29 games played. The former Hart Trophy recipient was second on the team in assists (16) and fourth in goals (eight) ahead of Pittsburgh’s Thursday night contest at New Jersey.

Marino, 23, had four points (one goal, three assists) in 25 games this season before Thursday.