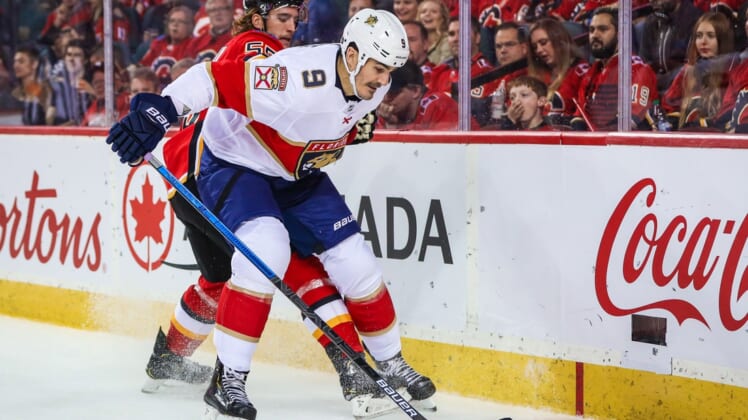 The Pittsburgh Penguins settled their roster Tuesday, hours before their season opener on the road with the Tampa Bay Lightning.

The club signed forward Brian Boyle to a one-year contract and recalled forwards Anthony Angello and Drew O’Connor from the Wilkes-Barre/Scranton Penguins of the AHL. In addition, forward Evgeni Malkin (knee) was placed on long-term injured reserve, forward Sidney Crosby (wrist) was put on injured non-roster status and forward Zach Aston-Reese was added to the NHL’s COVID protocol list.

Melkin had knee surgery in June and is expected to miss at least the first two months of the season. Crosby has been practicing but is not yet ready to return after having wrist surgery last month.

In their absence, the Penguins signed Boyle to a one-year, $750,000 contract after he took part in training camp and played in four preseason games.

A first-round draft pick by the Los Angeles Kings in 2003, the 36-year-old Boyle has played with the Kings, New York Rangers, Lightning, Toronto Maple Leafs, New Jersey Devils, Nashville Predators and Florida Panthers since breaking in with the Kings in 2007.

Angello, 25, had one assist in three preseason games with the Penguins. In 19 games in Pittsburgh last season, he contributed four points (two goals, two assists).

O’Connor, 23, played in 10 games for the Penguins last season as a rookie, tallying one assist. In five preseason games, he had a team-high three goals.