Pitt gets hot in second half to put away Alabama State 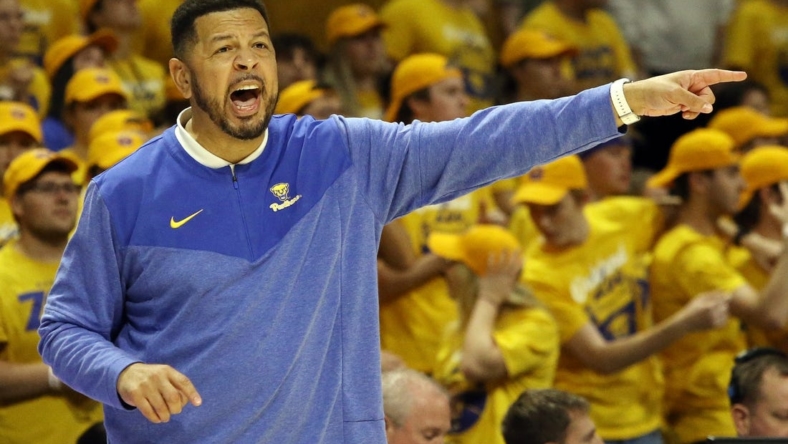 Blake Hinson had 21 points and Nike Sibande added 17 as Pitt made seven 3-pointers in the second half to overcome a 12-point deficit and snap its three-game slide with Sunday’s 73-54 victory over visiting Alabama State on Sunday.

Pitt (2-3) entered shooting just 25.5 percent from beyond the arc and went 3 of 15 during a first half in which it trailed by as many as 12. However, the Panthers found their touch, while the Hornets (0-5) went just 9 of 37 from the field and scored 20 points in the second.

Hinson scored 13 points in the first half, but left with 6:21 to play due to an apparent injury. Sibande had 11 second-half points for the Panthers, who rebounded after being swept at the Legends Classic by Michigan and VCU. John Hugley IV chipped in 10 points and a team-high nine rebounds.

Jorge Diaz-Graham scored five straight points during the Panthers’ surge, while Nelly Cummings and Greg Elliott each hit a 3 before Alabama State ended its scoring drought on TJ Madlock’s basket with 11:51 remaining in regulation.

The Panthers finished 7 of 14 from 3 in the second half but shot 41.9 percent overall from the field.

Pitt made four of its first six shots and led 10-2 going into the first media timeout. However, the Panthers made just seven field goals the rest of the first half.

Meanwhile, Alabama State overcame a 1-of-8 shooting start and hit four straight 3s at one point amid a 28-8 run that gave them that 12-point advantage with under six minutes left in the first half. However, the Panthers regrouped to score 13 of the final 17 points of the half, including six from Hinson.