WATCH: Pitt fails hard on screen from own end zone 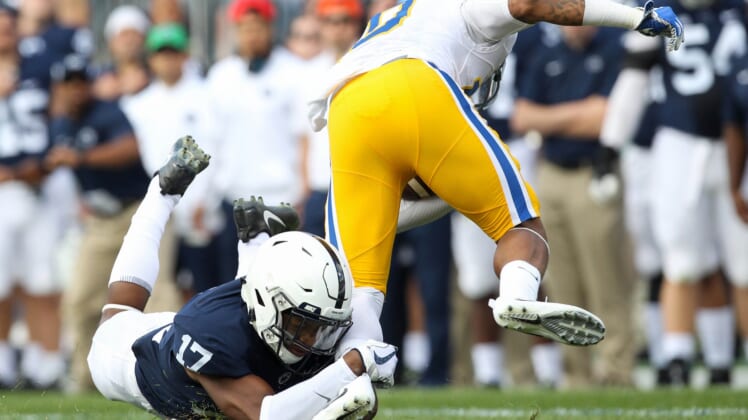 During the fourth quarter, down by two touchdowns against mighty Penn State, the Pittsburgh Panthers did the unthinkable. Backed up into their own end zone, Pitt offensive coordinator Shawn Wilson inexplicably called for a screen pass to Darrin Hall.

He immediately regretted it.

Quarterback Max Browne — former USC starter — got Hall the ball right behind the end zone, and Penn State was ready.

Dont remember ever seeing a team throw a screen pass from their own end zone (this is why you dont) pic.twitter.com/mABGqPkITX

Yep, that’s a safety, folks. It’s what happens when you get too cute.

Penn State hasn’t been sharp in this game, one it should have run away with, on paper. However, Pitt was far less sharp on this play, and it put the game firmly out of reach, 30-14, barring a miraculous finish we don’t expect to happen.