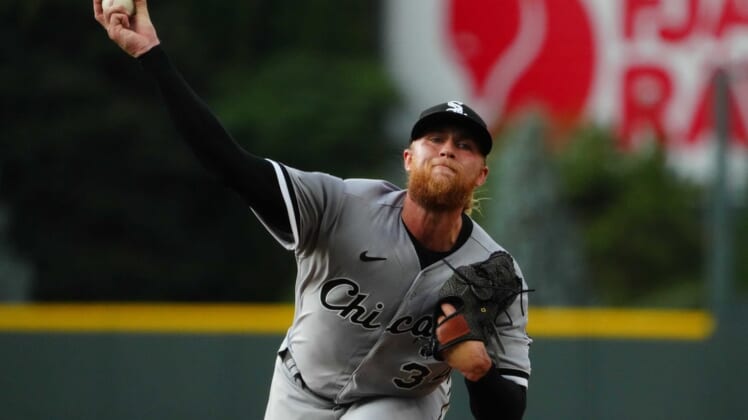 Liam Hendriks gave up a home run in the ninth but settled down to earn his 19th save for the White Sox, who have won three straight.

Ryan McMahon homered and Garrett Hampson had two hits for the Rockies, who have lost five of their last six.

The White Sox broke through in the fourth. Eloy Jimenez and Grandal singled with one out to put runners on the corners. A.J. Pollock hit a potential double-play ball, but Hampson’s fielding error allowed Jimenez to score.

Leury Garcia hit a sharp single to left to load the bases, but German Marquez struck out Adam Engel and got Tim Anderson to ground into a forceout to end the inning.

Colorado had opportunities to break through against Kopech but couldn’t capitalize.

In the fourth, the Rockies had a man on second with two outs, and in the fifth, a double by Charlie Blackmon and a single by Hampson put runners on the corners with two outs but Kris Bryant grounded into an inning-ending double play.

Kopech (4-6) left after giving up a one-out single to Brendan Rodgers in the sixth. He allowed no runs and six hits, walked three and struck out four in 5 1/3 innings.

Marquez (6-8) took the loss despite allowing just one run on seven hits and striking out six in six innings.

The White Sox added another run in the seventh off reliever Jake Bird. Adam Engel led off with a single, stole second and scored on Yoan Moncada’s double.

The Rockies threatened again in the seventh with runners on first and second and one out, but Joe Kelly induced another inning-ending double play to keep Colorado scoreless.

McMahon led off the ninth with his eighth home run of the season to cut the deficit in half. Elias Diaz walked with two outs, but Blackmon grounded out to end the game.