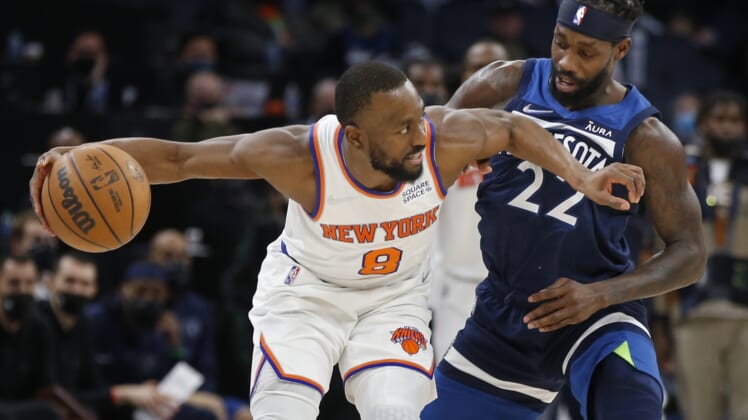 When the team convened for practice on Tuesday, Casey was coaching virtually a brand-new roster.

Detroit has been ravaged by COVID-19 positive tests over the past week, prompting the front office to sign numerous NBA G League players to 10-day contracts. The depleted Pistons will host the New York Knicks on Wednesday.

Detroit has eight players in the league’s health and safety protocols, and others sidelined by injuries.

“It’s introducing the new guys to what we’re trying to do, keeping it simple, but at the same time introducing our current players that are available to the new guys,” Casey said. “It was a lot like training camp today.”

The Pistons were at the bottom of the league standings even before most of the rotation players entered protocols. They have lost 17 of their last 18 games.

Detroit gave Miami a tough battle on Thursday before succumbing 115-112. But when more players tested positive, they were forced to use five newcomers among nine available players in San Antonio on Sunday. The result was predictable; the Spurs crushed them 144-109.

Saddiq Bey is the only usual starter on the active list. Frank Jackson and Hamidou Diallo are the only other rotation players who have avoided the protocols list.

Casey said the team will simply have to tough it out.

“Everybody in the organization stepped up through adversity,” he said. “This league is about adversity, as you all know. Tough times, you find out exactly what people are made of, what they can do and if they can step up. … These are tough times in this league.”

The Knicks defeated another depleted team, Minnesota, on Tuesday. New York nailed down a 96-88 victory led by Mitchell Robinson, who had 14 points and a season-high 18 rebounds. He said he’s still working on getting into top shape.

“I need to push it a little bit more,” he said.

Kemba Walker, the Eastern Conference’s Player of the Week, was limited to 10 points and two assists in 33 minutes. Walker had a triple-double in his previous game.

“He’s much more aggressive,” coach Tom Thibodeau said. “That was the challenge. At the beginning of the year, he and Evan (Fournier) were two new starters. Sometimes guys are trying to fit in. He’s being very aggressive, which is the way we want him to play. Not deferring at all. When he and Julius (Randle) are aggressive like that, our team is different.”

The Knicks will be playing the second stop on a four-game road trip. They have won three of their last four games overall.

The Pistons had most of their regulars available when they faced the Knicks in New York last week. The Knicks won that matchup 105-91 behind Fournier’s 22 points and 21 apiece from Walker and Randle. The Pistons had five players in double figures, led by Saben Lee with 16 points.

The teams will face each other once more in Detroit on March 27.