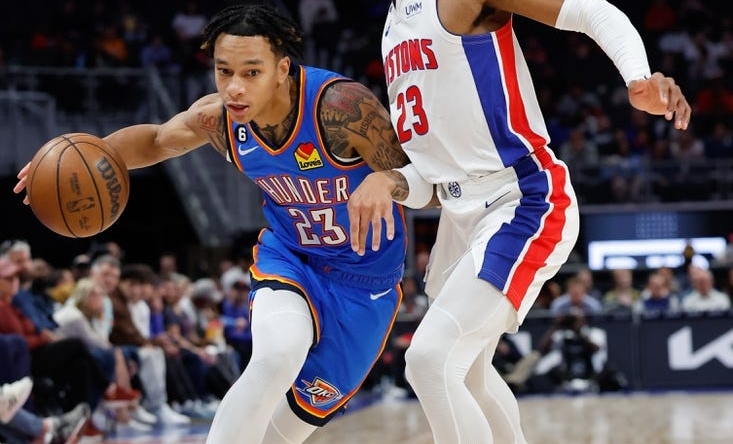 Saddiq Bey scored 25 points and the host Detroit Pistons rallied from a 15-point halftime deficit to defeat the Oklahoma City Thunder 112-103 on Monday.

The Thunder outscored the Pistons 30-20 in the second quarter while grabbing a 63-48 halftime lead. Gilgeous-Alexander led the way with 21 points.

After the Pistons cut the deficit to seven points on an Ivey 3-pointer, the Thunder reeled off another 9-0 spurt with the aid of two Giddey buckets.

Detroit opened the second half with three layups, two by Cunningham. That morphed into a 16-4 run, capped by a Cunningham 3-pointer.

Stewart hit a 3-pointer five minutes into the half to tie it and Ivey followed with another to give Detroit the lead.

Bogdanovic soon made a 3-pointer to extend the Pistons’ lead to six but the Thunder answered with an 11-4 run, which included four points and two assists from Gilgeous-Alexander.

Oklahoma City carried an 85-84 lead into the fourth. A steal and dunk by Diallo provided Detroit with a three-point lead early in the quarter. A Bey layup three minutes into the quarter increased the Pistons advantage to 94-87.

Diallo made two consecutive baskets for a 98-89 lead.