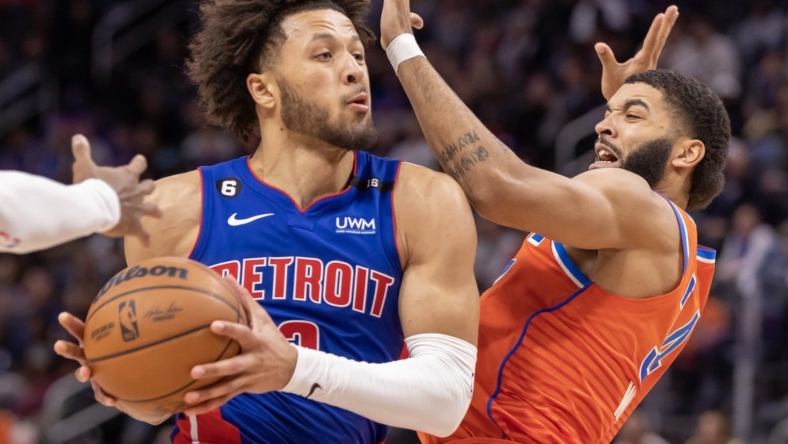 Detroit Pistons leading scorer Cade Cunningham missed his second straight game due to a left shin injury on Saturday and the team said he will be sidelined for at least three more contests.

Cunningham, who is averaging 19.9 points, 6.2 rebounds and team-high 6.0 assists per game, didn’t suit up against the Boston Celtics Saturday, one night after sitting out against the New York Knicks.

“We’re being cautious. We’ve had some soreness and the medical team is working with him and treating it,” Pistons coach Dwane Casey told reporters. “It felt like that giving (him) those days off will help to alleviate the pain and soreness.”

Cunningham is slated to be re-evaluated in one week.

Cunningham, the No. 1 pick of the 2021 draft, last played Wednesday when he scored a season-low four points on 1-of-11 shooting during a 128-112 road loss against the Celtics.