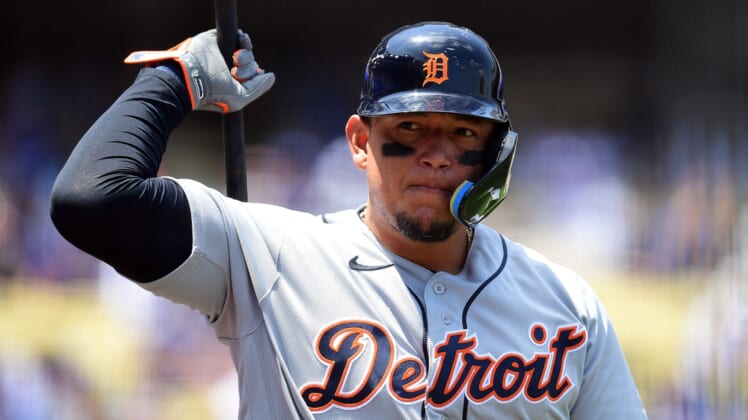 Tuesday night’s game between the Pittsburgh Pirates and host Detroit Tigers was postponed due to inclement weather.

The game was been rescheduled as part of a traditional doubleheader for Wednesday. First pitch for the first game is slated for 1:10 p.m. ET and the second game will follow.

Tonight’s game between the Tigers and Pirates has been postponed due to inclement weather. The game will be made up as part of a straight doubleheader tomorrow, starting at 1:10 p.m. pic.twitter.com/P6biV2Cuqy

The Tigers said they will recall right-handed pitching prospect Alex Faedo to fill the 27th roster spot for the doubleheader and start the second game, which will be his major league debut. Righty Michael Pineda, who was originally scheduled to go Tuesday, will start the first game for Detroit.