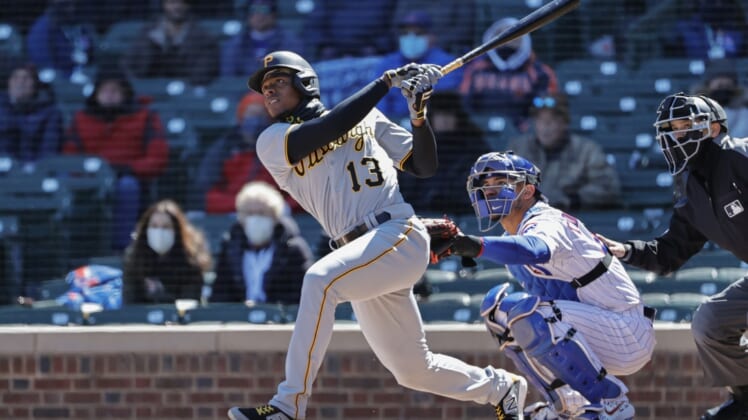 Todd Tomczyk, the team’s director of sports medicine, said Hayes felt pain while swinging at a pitch on Wednesday as he prepared to return from the 10-day injured list.

Hayes was expected to play at the Pirates’ alternate site in Toledo, Ohio, earlier this week, but poor weather altered those plans. Instead, he joined the Pirates in Detroit to get in some swings before being activated, and the discomfort returned.

“He felt it on the same swing when he had to awkwardly extend his wrist as he did during the game in Chicago,” Tomczyk said Thursday, per MLB.com. “… That’s what makes [rehab games] such an important part of the rehab process, because what we don’t want to do is put Ke’Bryan in a position in a game where that would make the magnitude even worse, not only for him, but for the team as well.”

A new timetable for his return hasn’t been set. Veteran Todd Frazier was recalled from the alternate training site before Thursday’s game in Detroit, which the Pirates won 4-2.

Frazier signed a one-year, $1.5 million contract in the offseason. In 10 major-league seasons, Frazier, 35, has a career .242 average with 218 home runs and 636 RBIs. He was the designated hitter for the Pirates on Thursday afternoon and was hitless in four at-bats.