Pirates head to Wrigley Field for opener vs. Cubs 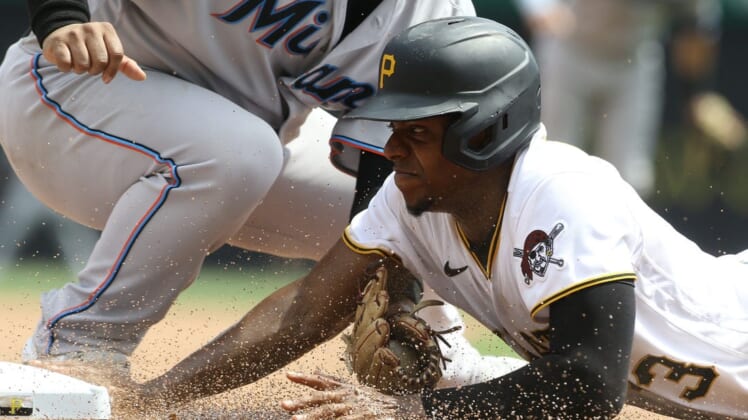 Following some extended struggles on the road against the Chicago Cubs, the Pittsburgh Pirates have enjoyed success at Wrigley Field this season.

Looking for a fifth win in eight games on Chicago’s north side this year, the Pirates aim to keep the Cubs from a season-high fifth straight victory on Monday night.

From 2019 to 2021, Pittsburgh batted .239 and posted a 6.54 ERA while going 3-19 against the Cubs in Chicago. However, the Pirates are 4-3 this season at Wrigley and return to Chicago for this brief two-game set looking to get back on track after dropping two of three at home to Miami.

The Pirates have averaged 2.9 runs while going 2-6 after winning four in a row, but their starting pitchers have a 2.65 ERA in the last seven road contests.

Scheduled Pittsburgh starter JT Brubaker (2-8, 4.02 ERA) is 1-1 with a 3.07 ERA in three 2022 starts against the Cubs and is coming off his best start of the season. On July 13 at Miami, Brubaker yielded three hits and two walks while fanning nine over seven scoreless innings.

“I think he found himself in a groove and a really good rhythm, and went right after guys,” Pirates manager Derek Shelton said. “We see him go out with his stuff, and he pitches off of what he has that night — which is definitely an evolution for a pitcher.”

Chicago All-Star (and potential trade chip) Ian Happ is 6-for-18 with three doubles versus Brubaker, while teammates Frank Schwindel and Rafael Ortega are a combined 9-for-17 against him. Happ, a Pittsburgh native, is 14-for-33 with four doubles, three homers and nine RBIs during a nine-game hitting streak against the Pirates this season.

After beating the New York Mets 3-2 on July 17 to snap a nine-game losing streak, the Cubs returned from the All-Star break to outscore the Phillies 25-7 during a three-game sweep at Philadelphia.

“It feels good, we’re trying to win them all,” said Chicago manager David Ross after his club’s first series sweep of the season. “It’s just nice to put some wins together. Momentum is good. Wins are good. … Wins can turn into more wins.”

Chicago rookie Nelson Velazquez went 4-for-6 with three homers and seven RBIs at Philadelphia on the weekend. He’s 2-for-5 with a double and three walks versus Pittsburgh this season.

Scheduled Cubs starter Adrian Sampson (0-1, 3.34 ERA), who has a 4.05 ERA in five 2022 starts, will face the Pirates for the first time this season. In his most recent outing against the Mets in that July 17 contest, the right-hander allowed two runs, six hits and three walks over 5 1/3 innings.

Pittsburgh’s Michael Chavis homered versus Sampson and is 5-for-9 in the Pirates’ last three games at Wrigley.