Pirates edge Reds despite being no-hit 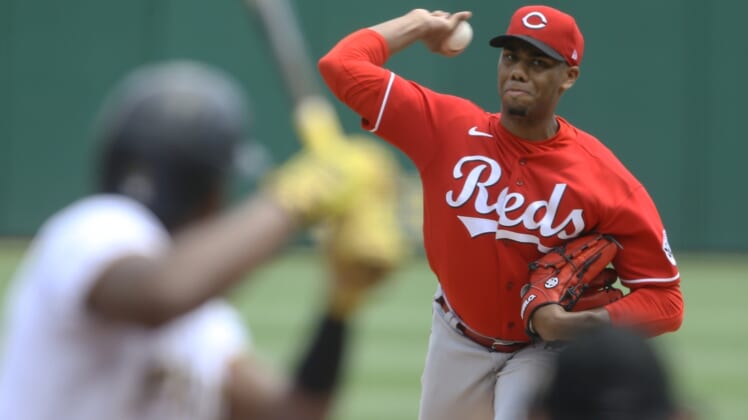 Cincinnati Reds rookie right-hander Hunter Greene and reliever Art Warren combined on a no-hitter Sunday, but the host Pittsburgh Pirates scratched out a run on Ke’Bryan Hayes’ fielder’s choice in the eighth for a 1-0 win.

According to the Pirates, it is the sixth time since 1901 a team has thrown a no-hitter and lost.

Warren replaced Greene and walked Ben Gamel on four pitches to load the bases with one out. Hayes’ fielder’s choice drove in Castro for a 1-0 Pittsburgh lead.

Although he was outshone by Greene, Pittsburgh starter Jose Quintana had a strong outing. He pitched seven scoreless innings, allowing three hits, with five strikeouts and one walk.

Chris Stratton (2-1) pitched the eighth, and David Bednar pitched a one-two-three ninth for his seventh save as the Pirates earned a split of the four-game series.

The hits Quintana gave up, all singles, came from Albert Almora Jr. in the second, and Tommy Pham and Mike Moustakas in the fourth.

In the fourth, Pham singled to left with one out, and Moustakas singled to right, with Pham moving to second. They both advanced on a Quintana wild pitch, but Quintana got Almora Jr. to ground out.

The Reds threatened against Stratton in the eighth. Alejo Lopez doubled to right-center with one out. Colin Moran walked. Stratton struck out Matt Reynolds and got Brandon Drury to fly out.

Pittsburgh manager Derek Shelton was ejected at the end of the seventh after the Pirates’ Josh VanMeter argued over a third strike call.