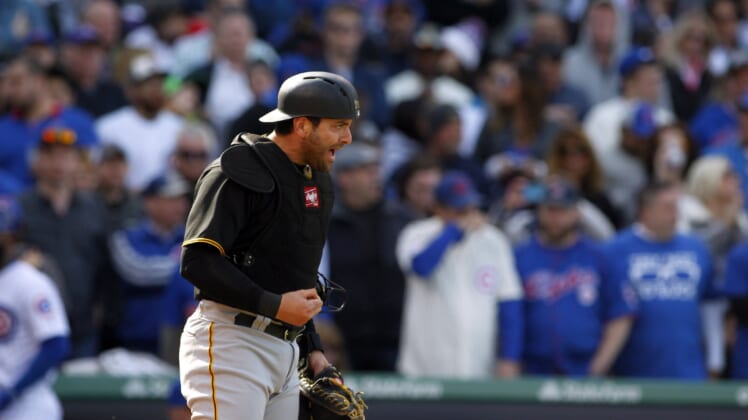 The Pittsburgh Pirates sent 2013 NL MVP Andrew McCutchen to the San Francisco Giants on Monday. At least one of his now-former teammates doesn’t seem especially happy. Catcher Francisco Cervelli took to Twitter to express apparent consternation about the trade with a simple emoji.

We’d actually recommend that Cervelli and the rest of his veteran teammates keep a packed bag ready.

Prior to trading McCutchen, the Pirates sent Gerrit Cole to Houston in a long expected deal. Generally speaking, smaller market teams unload veterans in bunches when it comes time to rebuild. The fact that Pittsburgh has had two straight losing seasons after three consecutive playoff appearances definitely signals that it’s the time to reload.

With that in mind, we can only imagine that other veterans are at least being discussed in trade talks as we speak.