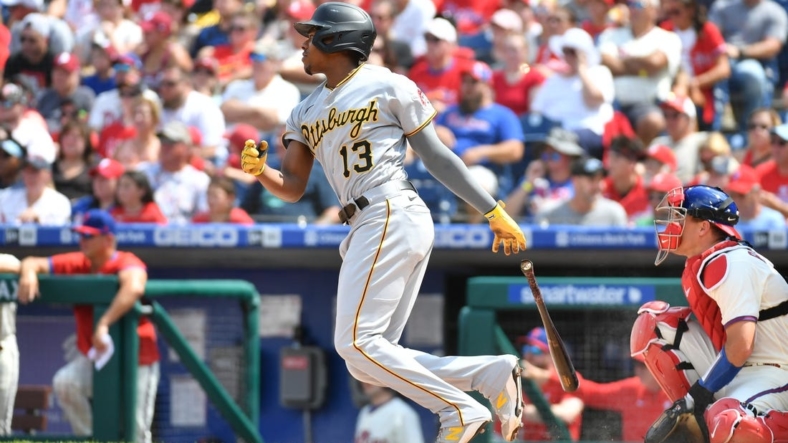 Roansy Contreras and three relievers combined on a four-hitter as the visiting Pittsburgh Pirates snapped a seven-game losing streak with a 5-0 win over the Philadelphia Phillies on Sunday.

Matt Vierling had two hits for Philadelphia, which saw its six-game winning streak come to an end.

Pittsburgh took an early lead when Oneil Cruz tripled against Noah Syndergaard (8-9) to begin the game and scored when Ke’Bryan Hayes followed with a single to right field.

Syndergaard allowed three triples in the game, including one to Tucupita Marcano with one out in the fourth. Marcano then scored on Greg Allen’s sacrifice bunt for a 2-0 Pittsburgh lead.

The Pirates added three runs in the sixth. Bryan Reynolds hit a leadoff triple and scored on Michael Chavis’ single. After Rodolfo Castro followed with a single, Chavis scored on Marcano’s fielder’s choice grounder to second base.

Bligh Madris capped the rally with a two-out double that scored Castro. Nick Nelson then relieved Syndergaard and retired Jason Delay to end the inning.

Syndergaard allowed five runs on nine hits over 5 2/3 innings in his fifth start with the Phillies since being acquired from the Los Angeles Angels. He walked one and struck out five.

Contreras threw 89 pitches in his 13th career start for Pittsburgh, which had allowed 54 runs during its seven-game losing skid. Rodolfo Castro contributed a pair of singles for the Pirates.

Philadelphia, which had won its previous six games against Pittsburgh this season, loaded the bases with two outs in the fourth before Edmundo Sosa lined out to center field.

Pittsburgh outhit the Phillies 9-4 and had three triples in one game for the first time since May 25, 2018.

Philadelphia was seeking a sweep of the three-game series after outscoring the Pirates 13-4 in the first two games.