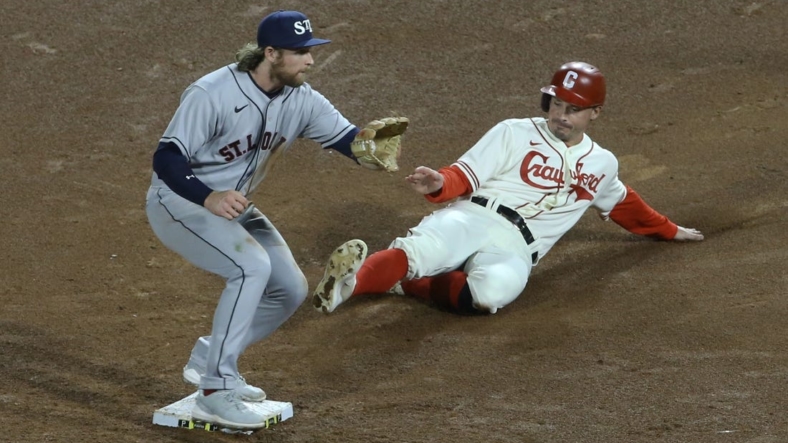 Oneil Cruz had a two-run triple and an RBI single Friday as the Pittsburgh Pirates defeated the visiting St. Louis Cardinals 8-2.

Ben Gamel added a solo homer, Michael Chavis hit a two-run triple, and Bryan Reynolds and Cal Mitchell each had an RBI single for the Pirates, who had lost two straight and six of seven.

The Pirates’ 15 hits were one shy of a season high.

Pittsburgh starter Roansy Contreras (5-4) pitched 5 1/3 innings, giving up one run and four hits, with one strikeout and two walks.

Tommy Edman hit an RBI double for the Cardinals, who have lost two in a row.

In the second, Gamel led off for the Pirates with his eighth homer, to center, for a 1-0 lead.

Mitchell singled off third baseman Nolan Arenado’s glove to lead off the Pittsburgh fifth and went to second on Jason Delay’s single to right. Cruz brought them both home with a triple to left-center for a 3-0 lead. Reynolds drove in Cruz with a base hit to center to increase it to 4-0.

The Cardinals continued to chip away in the seventh. Lars Nootbaar walked with one out. After Brendan Donovan struck out, Chase De Jong replaced Manny Banuelos and gave up an RBI double to right-center to Edman to make it 4-2.

The Pirates broke it open in the eighth against Jake Woodford. Gamel walked. An out later, Jack Suwinski singled to left. Both scored on Chavis’ triple to left-center.