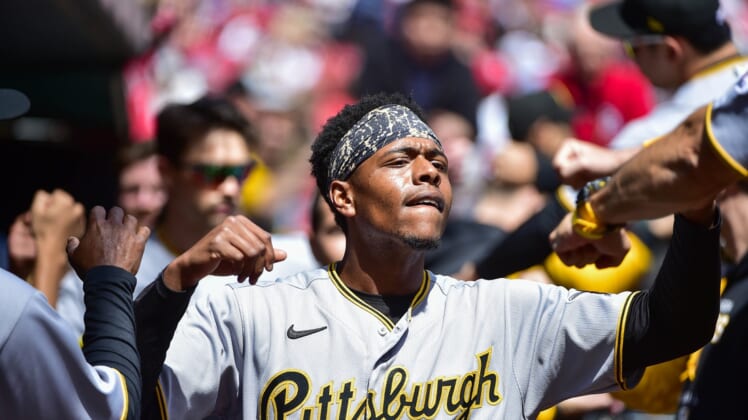 The Pittsburgh Pirates signed third baseman Ke’Bryan Hayes on Tuesday to an eight-year contract extension through the 2029 season with a club option for 2030.

Financial terms were not disclosed by the Pirates, however The Athletic reported last week that the deal is worth $70 million. That total would make it the largest in team history, topping the six-year, $60 million deal signed by catcher Jason Kendall in 2000.

“Ke’Bryan is the type of core player who is a winner on the field, a leader in the clubhouse and engaged in our community. He is the type of player who makes a true difference in the direction of our organization,” Pirates chairman Bob Nutting said. “Today isn’t about a contract, its length, or the terms. Today is about our firm belief in Ke’Bryan as a player and person, and our organization putting a stake in the ground moving forward.”

He is batting .282 with 11 homers and 50 RBIs in 123 career games since being selected by the Pirates with the 32nd overall pick in the supplemental first round of the 2015 First-Year Player Draft.

“It’s been my privilege to get to know Ke’Bryan over the last two-and-a-half years. I’ve been struck not only by Ke’Bryan’s supreme talent, but by his love and passion for the game, his care for his teammates and family, and his desire to win — in Pittsburgh,” Pirates general manager Ben Cherington said. “This contract is an important step toward our shared goal of winning. I’m grateful that we will get to see Ke wearing black and gold for a long time.”