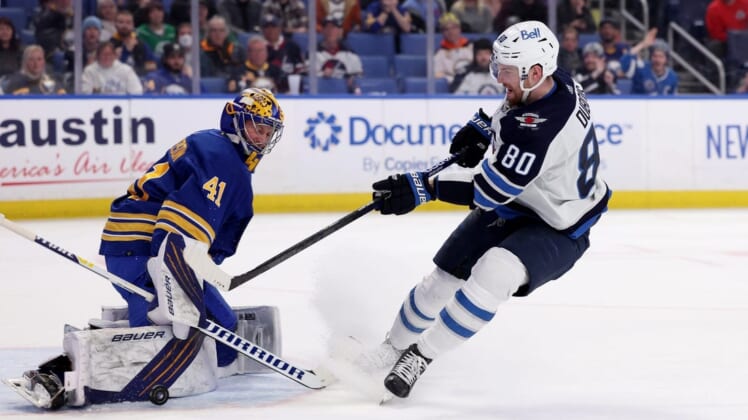 Pierre-Luc Dubois accepted a one-year, $6 million qualifying offer on Friday to remain with the Winnipeg Jets.

Dubois scored a career-high 28 goals in 81 games for Winnipeg last season. The forward’s 60 points were one shy of his career best total for the Columbus Jackets in 2018-19.

The 24-year-old Dubois tied for 10th in the NHL with 15 power-play goals last season, his first full campaign with the Jets. He was acquired in January 2021 as part of the deal in which Patrik Laine was traded to Columbus.

Dubois was the third overall pick by Columbus in the 2016 draft.