As Ty Webb famously said in the cult-classic Caddyshack, “I don’t play golf, for money”. But he did not say anything about betting on the NFL.

Regarding this frowned-upon culture of that has been mostly replaced by fantasy football, there are two ways to go about your business, or a pool and a pond. The pool would be playing single games, and the pond would be parlays. The pond would be good for you.

With the first week of the NFL season just over a week away, it is time to take a look at the betting lines for the season’s opening slate of games.

Green Bay Packers (+6) @ Seattle Seahawks: Betting on anyone in Seattle not named the Seahawks is precarious, but the Packers are no slouches themselves. Fresh off a Super Bowl hangover, Seattle will never be more vulnerable. Take a risk here and bet on Aaron Rodgers.

New Orleans Saints (-3) @ Atlanta Falcons: Division rivalries are typically close, but I’ll take the Super Bowl contender here over a team that could only manage four wins in 2013.

Cleveland Browns (+6.5) @ Pittsburgh Steelers: Yet another division matchup here, but if it comes down to Brian Hoyer versus Ben Roethlisberger, there is only one answer. Expect the Steelers to start their season off right. Plus no one is happier with a Josh Gordon suspension than Ike Taylor.

Minnesota Vikings (+3.5) @ St. Louis Rams: No quarterback, big problem. Adrian Peterson and the Vikings will give the Rams all they want and more in the season opener. Matt Cassell will lead his team and your wallet to a win.

Jacksonville Jaguars (+10.5) @ Philadelphia Eagles: A ridiculously large spread for the start of the season, could only really be covered by a team like the one Chip Kelly is building in the city of Brotherly Love. Staying away from this one is probably the safest choice, but 10-plus points in September is too good to pass up. Take the Jaguars.

Oakland Raiders (+5) @ New York Jets: Do you have faith in Matt Schaub? Me neither. The wild-card contending Jets will take this one at home. 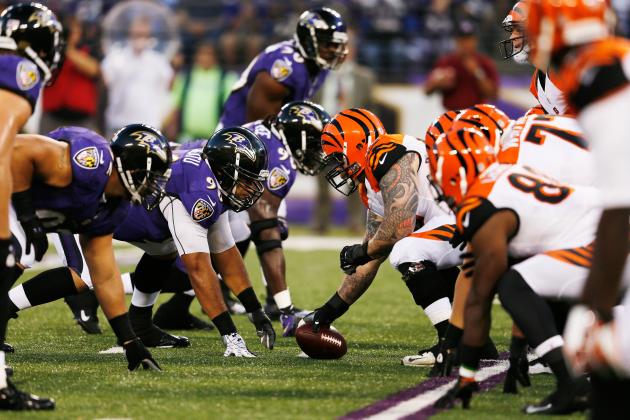 Cincinnati Bengals (+2.5) @ Baltimore Ravens: Tough division game to pick here, normally side with the home team when the spread is less than three. Either choice could flourish here, but being without Ray Rice could actually pay off for the Ravens. Difficult decision, but this is a bigger game for Baltimore.

Buffalo Bills (+7) @ Chicago Bears: Despite a tremendous defense, Buffalo simply does not have the firepower to keep up with the Bears, especially at Soldier Field.

Washington Redskins (+2.5) @ Houston Texans: Can you feel the Fitz-magic? Houston has something to prove, and that pass rush with J.J. Watt and Jadaveon Clowney will be too much for Washington to overcome on the road.

Tennessee Titans (+5) @ Kansas City Chiefs: A home team expecting to contend versus a unit that could be one of the NFL’s worst this season is an easy choice when the spread is less than a touchdown. Put your faith in Jamaal Charles and the Chiefs.

New England Patriots (-5) @ Miami Dolphins: This AFC East division matchup should be interesting. Bill Lazor’s offense has potential, and logic tells me to stick with the underdog at home. Take Miami to cover.

Carolina Panthers (+1.5) @ Tampa Bay Buccaneers: Yet another difficult division pick here. Last year’s champions are depleted, and Lovie Smith’s Buccaneers have something to prove as home underdogs. Stick with logic and the Bucs in this one.

San Francisco 49ers (-6) @ Dallas Cowboys: Do not let the 49ers preseason offensive struggles worry you, Dallas’ cupcake defense is just what the doctor ordered for a struggling unit. Take the Super Bowl contenders.

Indianapolis Colts (+7.5) @ Denver Broncos: Peyton Manning is angry, and you will not like Peyton when he is angry. Denver’s Sunday Night Football loss at the hands of Andrew Luck’s Colts from Week 7 last year will be enough motivation for the Broncos to put on a show.

San Diego Chargers (+3.5) @ Arizona Cardinals: Perhaps the most difficult game of all to predict, two wild card contenders face off in an early season showdown in the desert. The Chargers are slightly favored and the Cardinals just lost Darnell Dockett for the year. Be safe and take the points here.