Golden State Warriors guard and reigning NBA MVP Stephen Curry has taken the Association by storm in leading his team to the brink of the title.

Just imagine how popular he is in Oakland—a city that has not seen the Warriors win a title in 40 years. It might not be the fandom that follows LeBron James wherever he goes in Cleveland, but it’s pretty absurd.

This amazing mural, which can be found on 27th Street and Northgate in Oakland, is just a latest example: 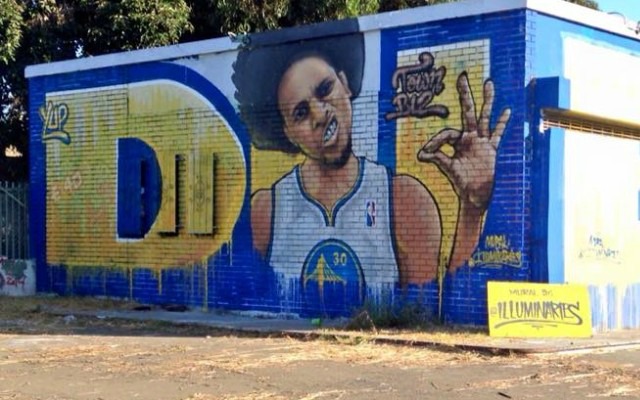 And here’s another eye-opening angle of Steph in a fro. 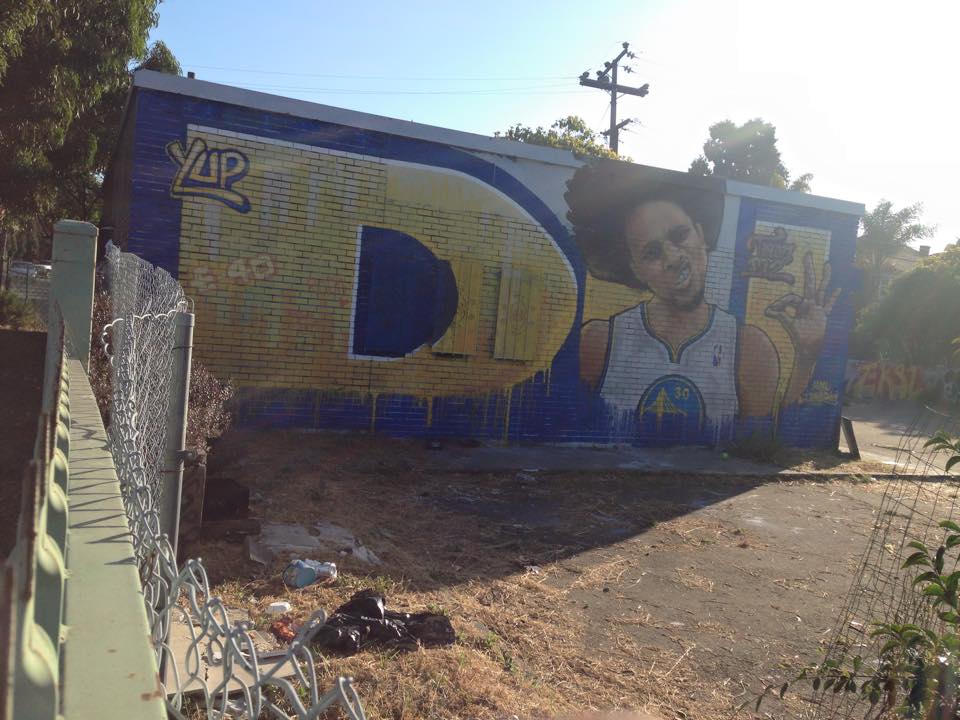 The Oakland-based street artists known as the Illuminaries, who are responsible for this amazing piece of art, spoke with a local television station in Northern California about the project (via KTVU):

“Throughout Berkeley to Oakland, there’s just so many canvases around,” Tim Hon of the Illuminaries said. “This building here, to me, is a microcosm of what’s happening in Oakland. Make it a piece of public art that the general public will appreciate it more.”

What makes this specific piece of art so special is that it captures Curry in a Mac Dre pose. The local hip-hop artist passed away back in 2004 after being shot in Kansas City, Missouri.

Anyone local to the Bay Area has to appreciate just how special this mural is.

Now, if the Warriors can grab that elusive NBA title, it will be just that much more important to the local community.