There have been some amazing photos and images coming from Southern California stemming from a scary situation that started Friday afternoon.

A wildfire quickly swept through Interstate 15 in the Cajon Pass, the primary route between Los Angeles and Las Vegas. Considering it started around the time of rush-hour traffic and when many Southern Californians were traveling to Vegas for the weekend, we can imagine the issues it caused:

Yes, people had to actually evacuate their cars right there on the freeway.

And it’s a good thing they did:

While minor in comparison to the natural disaster that’s raging in Southern California, a Single-A baseball game between the Rancho Cucamonga Quakes and High Desert Mavericks was cancelled due to the wildfire.

Here’s a view from the stadium: 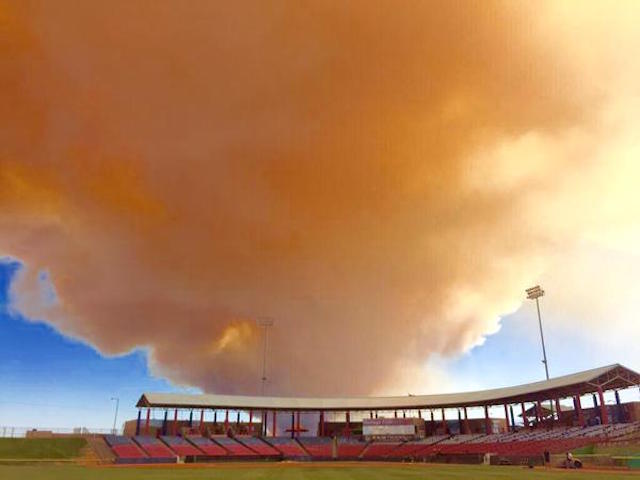 Luckily, no serious injuries have been reported.