Some Detroit Lions fans recently paid actual money to put “$UH” billboards throughout the city. It now appears another billboard it coming down. 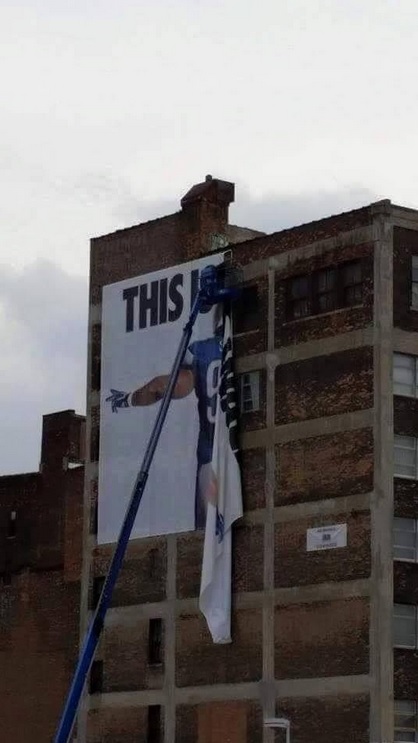 The “THIS IS A WALL” billboard—located about two blocks from Ford Field—has been up since the start of the 2014 season.

Suh will become a free agent this upcoming Tuesday after the Lions chose not to place a $26.9 million franchise tag on him.

Considered the top free agent on the market, Suh is already receiving back channel overtures from teams around the NFL, including the Oakland Raiders who are preparing to host him for a visit next week.